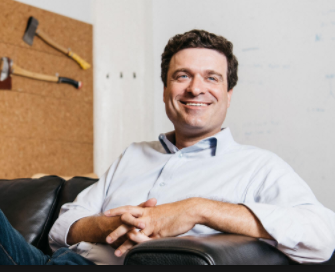 Today IPG’s Huge announced changes in its global leadership structure, chiefly the departure of co-founder and global CEO Aaron Shapiro and promotion of international president Michael Koziol to take his role. But there’s a bit more to the story than you may have read in the press release.

First, Shapiro is not the only executive leaving the agency. President and former CMO Patricia Korth-McDonnell, who was the network’s 13th hire in 2005, is also parting ways with Huge.

Their departures follow that of Jeff Brooks, who accepted the top marketing role at mattress company and Huge client Casper this January.

In January 2017, Korth-McDonnell and Brooks were promoted to share the role of president, with Brooks also carrying the CMO title. She had previously been chief marketer, and things were made especially confusing several months later, when the agency hired former Havas CMO Matt Weiss as “managing director of growth” (he’s now the head of new business development).

Various sources dispute both the nature of the departures and the reasons behind them.

According to one party with deep knowledge of the Huge organization, Shapiro had been negotiating his exit from the agency for some time with parent company IPG, which led the announcement. We’re told that Shapiro, who is a startup investor in addition to being an agency founder, wants to focus more on his entrepreneurial efforts and that plans for Koziol to succeed him had also been established for a while despite the fact that the vast majority of Huge employees, including some at the senior level, did not learn of his departure until the last minute.

That said, it does seem to have been a legitimately mutual parting of ways. The reasons for Korth-McDonnell’s departure are unclear, and we haven’t confirmed any other major changes.

Huge had an admittedly difficult year in 2017, struggling to win new business beyond a partnership with McDonald’s that led the shop to establish a Chicago presence for the first time. According to another party close to the agency, Koziol was promoted in large part because Atlanta has been the network’s most successful office. (He’ll be moving to Brooklyn soon.)

Over the past year-plus, Huge has closed several locations including its offices in Portland and Los Angeles along with all operations in Brazil. While the agency claimed that it was moving the latter division to Bogotá, Colombia, former employees later said they were not offered transfers and that all staff members—approximately 100—were laid off. At the time, a spokesperson attributed the move to the collapse of Brazil’s government.

According to our sources, the transition may have happened when it did because the agency’s financial status has grown more secure during the first quarter of 2018. Koziol is also reportedly popular with staffers, which will hopefully help with retention efforts.