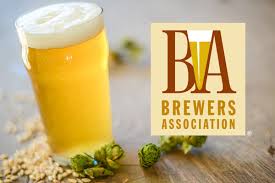 “With Big Beer acquiring small breweries, it has become increasingly difficult for beer drinkers to know and remember which brands are truly independent. Yet, we know that independence is important to them and they want transparency as it pertains to ownership,” added Brewers Association president and CEO Bob Pease. “Beer drinkers vote with their dollars and want to support businesses that align with their values,” he added. “They have indicated that ownership can drive their purchase intent. We are providing information that will help them select the brands that they already have indicated they want to support.” 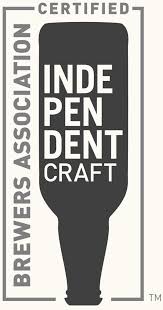 “We’re thrilled about this opportunity,”  added SRG executive creative director Adam Wohl. “The Brewers Association is a very collaborative client who represent an unbelievably passionate group of beer-loving entrepreneurs. Individually and collectively, they are David fighting Goliath. And SRG has been given the chance to write the playbook to take on the giant. That challenge, and the creative ways we can disrupt the conversation, is what we live for.”

Over 1,000 breweries have adopted the label since its introduction last week.

“We had more than ten percent of eligible craft breweries adopt just in the first 24 hours,” Wohl noted. “The brewery members of the Brewers Association’s board of directors who helped to spearhead this initiative were among the first to commit. We’re excited to have more and more.”

He added that they’re seeing more breweries commit to the label every day and the Brewers Association is keeping a live tally on its website.

To qualify for the “Independently Crafted” label, a brewery must have less than 25 percent “owned or controlled (or equivalent economic interest) by an alcohol industry member that is not itself a craft brewer,” per the Brewers Association’s definition of an independent craft brewery.

“The 25 percent ownership mark has been in place for a decade, and has not changed. One strength of the BA craft brewer definition is that it’s a bright line that can be clearly seen by brewers,” Pease explained.

“Small and independent owners often risk their own financial well-being when they take on the challenge of opening a brewery. With any business, it’s not uncommon to seek outside capital. But I think there’s a big difference between gaining access to capital and partnering up with a global brewery, specifically in the areas of raw material and distribution,” Pease said. “When you partner with someone for 30 percent, you don’t have the same challenges, and certainly have better access to raw materials.”

AB InBev was quick to respond to the release of the “Independently Crafted” label, releasing a video providing “Six Viewpoints From The High End,” formerly independent brewers who are now part of AB InBev responding to the new label last Friday. David Buhler, co-founder of Elysian Brewing, asks, “Does this label designate something like quality?” — a familiar argument for those who defend big beer buyouts.

Walt Dickinson, co-founder of North Carolina’s Wicked Weed, which AB InBev purchased earlier this year, adds, “At the end of the day, we’re all making beer,” and “fighting a bigger battle” against wine and spirits, to which beer is “losing market share every year.”

Asked about the response from AB InBev and other detractors, Wohl said, “Our job is to focus on what we need to do to get our client’s message out in a clear and memorable way. Attention from Big Beer draws attention to our cause. Since we have an exponentially smaller advertising and PR budget, free exposure is always appreciated.”