NEXT:Wednesday Stir
PREVIOUS:Publicis, Which Sat Out Cannes in 2018, Is the Only Agency There in 2020

At the end of May, the reaction to George Floyd’s murder in Minneapolis gained tremendous momentum. It was also a moment that agencies started looking around to find that they, in fact, have more work than ever to do to change the vast talent imbalance. Swift in Portland, Ore., responded by posting 10 actions to address racism and how people can help and be part of the solution.

At Swift, we’ve got work to do. These unapologetic words from one of our writers are part of how we’re stepping up and showing up more. #BlackLivesMatter

The words came from copywriter Chelsea Curry, who you might know from a brilliant project she started with two other creatives to help raise the profile of talent of color in search online and on LinkedIn. While Portland is considered a progressive city, it still struggles with a problematic history of racism. Yet, Curry found that the agency said the right things about what they were looking for in a creative and its own diversity. 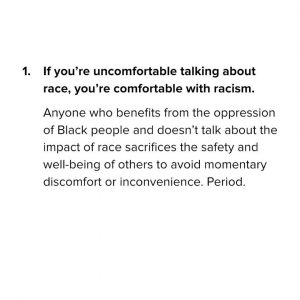 “All of the pieces seemed to be here,” she said. “So I decided to give it a go. I grew up in the South with teachers calling me the n-word. On a scale of one to the worst I could possibly experience, Portland doesn’t seem to be on the worst side of that spectrum. [But] there’s a weird energy to the city. It tries to be inclusive, and it’s trying to be better, but I often say that Portland is a city where white people try to solve racism without talking to any people of color.”

According to Maren Elliott, chief talent officer at Swift, the agency approached Curry last June after discovering her portfolio and learning that she was a crucial part of the H&R Block creative team at Deutsch in Los Angeles.

“We felt that work was innovative and boundary-pushing,” she said. “What immediately stood out was Chelsea’s focus on creatively solving client business problems. She’s strategic and thoughtful in her approach and is honest and transparent in her communication.” 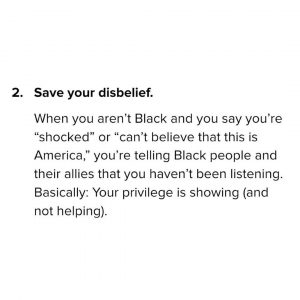 Elliott also noted that the female-founded agency had “several key moments of reckoning over the last several years forcing us to hold a mirror up about the work we need to do as an agency and as a leadership team regarding race. These moments propelled us to be intentional about increasing the racial and ethnic diversity of our company, and we’ve come a long way in that arena. Still, we haven’t been successful with more senior- and director-level roles. We are committed to changing that.” 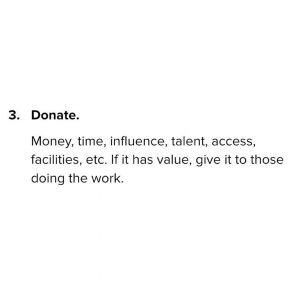 According to Curry, though Swift and other agencies are well-intentioned (Swift’s BIPoC employees, for example, recently formed an affinity group), she says that the entire industry “has a culture of silencing diverse voices, of not letting us rise to the top and institutionalized racism.” However, she points out that there is a great deal of young talent in the industry—and at Swift—who “really do want better, advocating for better, and that gives me hope.”

The post itself came from the silence of Floyd’s murder.

“No one was asking if any of the employees of color were OK,” said Curry. “And that silence was palpable.” 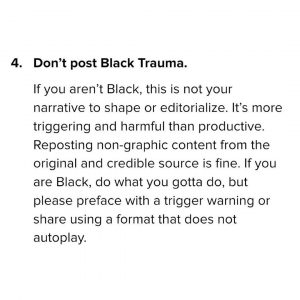 Curry then asked about it in the agency’s all-company Slack channel. The responses ranged from not knowing how to talk about race, fear of saying the wrong thing, and other issues.

“While I can empathize with and understand where they’re all coming from, it’s coming from places of white privilege,” she said. 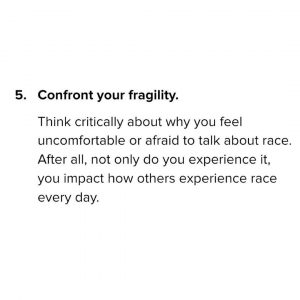 With the idea of helping Swift’s staff, continuing the conversation and placing all of her feelings “in reaction to the situation itself, but also the lack of reaction from my agency and peers,” and from her own experiences, Curry outlined 10 things that someone would need to know to start having discussions about race and how to create meaningful change.

Elliott asked if the agency could publish the list, but Curry felt that it has to be amended since Swift, though aspiring to be more inclusive, didn’t necessarily “have that credibility in that space.” 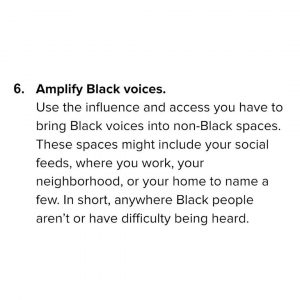 Another one of Curry’s intentions and hopes is that the list sparks more education at the highest levels and that more attention is paid to action, and quickly.

“I don’t want to look around Swift, or any agency for that matter, and only see Black talent from the mid-level and below. I want to see Black people and people of color as a whole at every level, and there’s no reason as to why not. In the next three or six months, like I want to see radical changes in leadership and radical changes in the representation that we have across the board.” 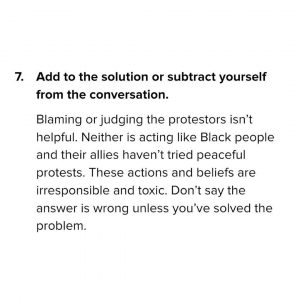 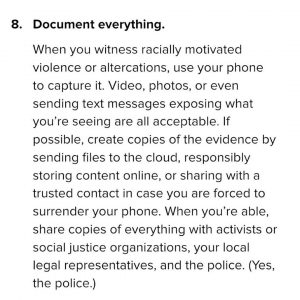 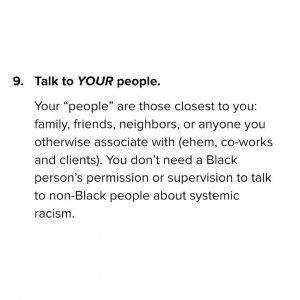 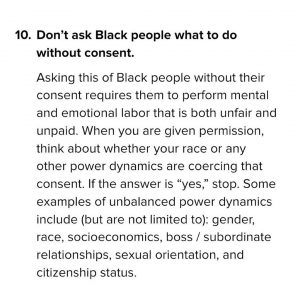