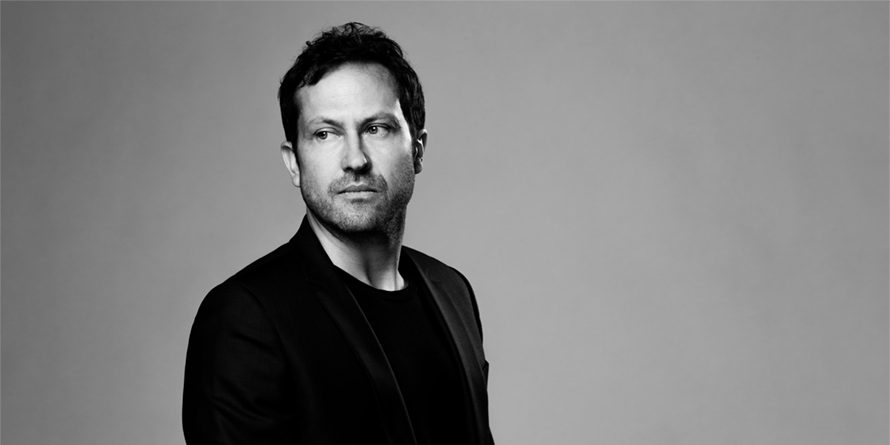 Fabien Teichner, who has over 300 creative awards under his belt, has joined Paris independent agency La Chose as CCO and partner. He will oversee creativity for the agency’s entire portfolio including Coca-Cola, Ubisoft, Nikon and others.

La Chose (which translates to The Thing in English) was founded in 2006 by Pascal Grégoire and Eric Tong Cuong and, according to its site, employs 120 “Chosiennes” and “Chosiens.”

“This is a major milestone for the agency. We want to orient it towards creative excellence as well as grow stronger in strategy, digital and data, the core concerns of brands today,” said Grégoire, who also serves as the agency’s CEO. “As such, Fabien is the ideal person to work with, to accompany us in this new step.”

For his part, Teichner has led creatives teams on high-profile campaigns including grocery chain Carrefour’s “Black Supermarket,” which won a Cannes Lions Grand Prix in the brand experience and activation category.

Despite his success in advertising, Teichner’s path to the industry wasn’t in the plan until he met Frédéric Beigbeder, a well-known French writer and TV host. After pitching a show idea, Beigbeder suggested that Teichner consider it as a career.

“I think he could have cared less about my idea, but he did suggest trying out advertising, where he had worked,” said Teichner. “He explained how it was an industry where lots of different and diverse talents come together and that it would be a great launching pad that would allow me to do many things later. And, a good 15 years later, here I am, still in this business and happy to be here.”

Here’s a little more on Teichner: 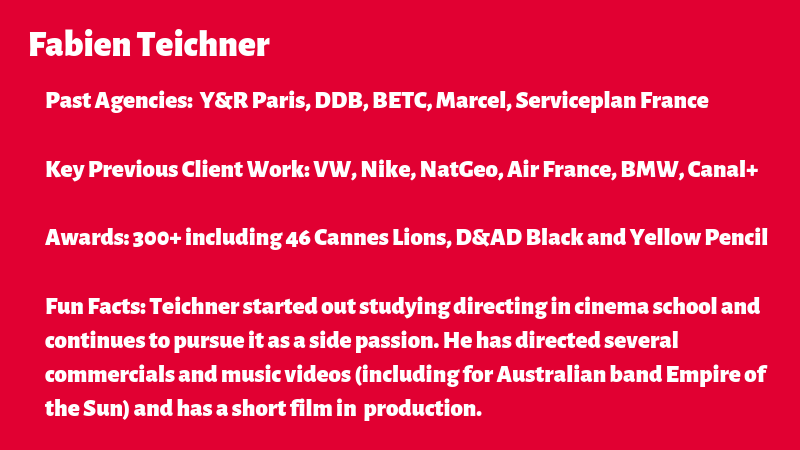