NEXT:Beats by Dre and Biggie Tell the Story of Some Irish Guy Named Conor McGregor
PREVIOUS:Thursday Odds and Ends 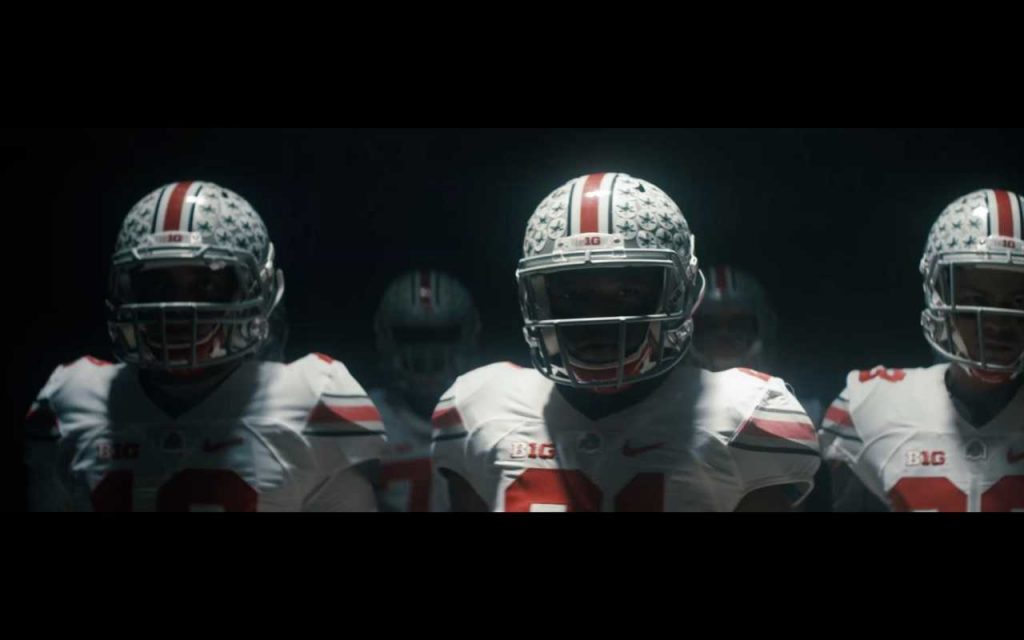 Earlier this month, Wieden + Kennedy New York debuted its first work for Fox Sports right before ESPN picked Droga5 to handle SportsCenter (which Ted Royer worked on but did not create, thanks).

The anthem spot “Don’t Look Ahead” was, in part, a compilation of moments from the other ads in the “Every Game Is Everything” campaign. At the time we were told that the full effort would include 17 ads, including 2 devoted to specific games—Texas/USC and Ohio State/Michigan—along with 14 dedicated to the teams in the increasingly misnamed Big Ten Conference.

Those ads all went live this week.

First, there’s the Michigan Wolverines, which is pretty self-explanatory.

Next come the Ohio State Buckeyes, with a bit of backstory on their unique, logo-free helmets.

Penn State’s team is not named the Blizzard, of course. But they do something called “whiteout” wherein all the fans show up to the game wearing white shirts, and W+K ran with that theme.

Now for Minnesota, where not everyone wants to sell you some of that TruCoat.

So the Michigan State Spartans have appropriately adopted “Molon Labe” (come and get them) as their onfield cry, referencing King Leonidas I of Sparta or that movie with Gerard Butler.

University of Iowa’s Pink isn’t a reference to Lyft or Pepto Bismol. It’s the color of the visitors locker room at their stadium.

The University of Wisconsin’s fans really do try to start their own “earthquake” every time they hear the opening beats of your favorite Thursday night undergrad drinking song, House of Pain’s “Jump Around.”

There do appear to be rumors of paranormal activity on the University of Illinois campus. But this ad is about one ghost in particular.

So, University of Maryland’s flag is kind of an eyesore. But that’s OK! As a fictional wise man once said, our imperfections are the things that make us beautiful. Or something like that.

Good Will Hunting did not go to Northwestern, but apparently its students are still wicked smaht.

The red balloons at the end of this Nebraska spot appear in homage to those released by fans after the team’s first score in each home game.

The Boilermakers may be the most unique of all these teams’ names. But it’s literal and kind of fascinating, hence the train imagery in this ad.

Finally, the fightin’ Knights of Rutgers, some of whom are Lannisters and some of whom hail from more common stock.

And yes, that was Michael Kelly of House of Cards on voiceover.