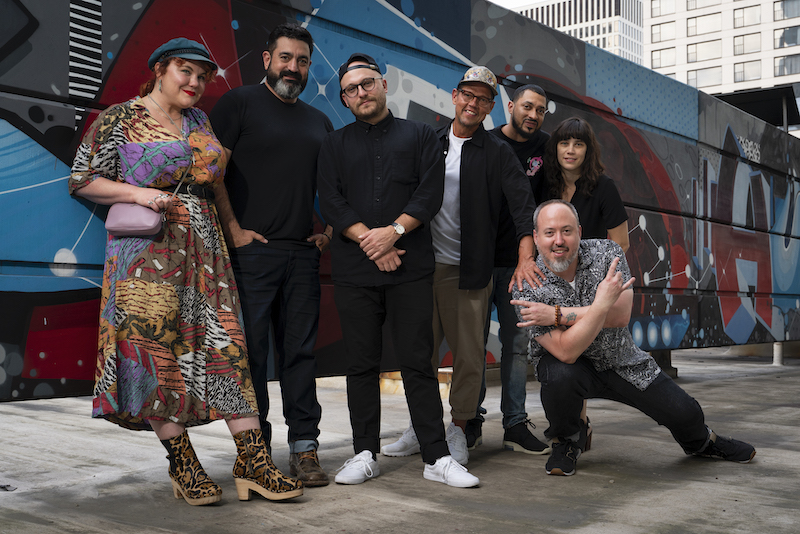 We have no idea what is going on in this photo.

“Blake, Nick and Adam each bring their own unique super powers to the Chicago creative leadership team, Norman said in a statement. “They are living proof of our agency values to solve problems in insightful, unexpected and meaningful ways. The addition of these disruptive leaders is a critical step toward our mission to build an A-list agency and be a positive force for change in the industry.”

Winfree will be tasked with working across a number of accounts at Havas Chicago. He joins Havas Chicago from MullenLowe where he served as vice president, creative director. After beginning his career in advertising as an intern at Fallon Minneapolis, he went on to creative roles at Cramer Krasselt, GMMB and DDB Chicago, working with clients including United Airlines, Citibank, the United Nations Foundation, Skittles, Royal Caribbean, Hyatt and American Greetings.

As group creative directors at Havas’ Annex, the cultural arm which reportedly counts tobacco giant RJ Reynolds among its client roster, Lipton and Vohlidka will work across a number of unspecified accounts.

Lipton joins Annex following eight years at Leo Burnett. He also has experience leading creative in-house in the hospitality industry, as a journalist. Lipton is also a photographer has created imagery for a variety of clients.

Vohlidka arrives from Translation, where he led internal production and a multi-disciplinary digital content team. Before joining Translation, he served in various design leadership roles at VH1 and MTV.

Cooper joins Havas Chicago from EnergyBBDO, where he spent the past five years serving as evp, content and connected experiences. He began his career at MTV before working on content strategy, content architecture and production at agencies including BBDO, W+K and The Martin Agency.