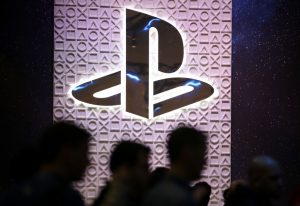 One of the bigger reviews of the year to date is about to come down as PlayStation picks the new agency or agencies(?) that will handle its marketing efforts around the world.

This pitch has been an outright knock down-drag out brawl. You may recall that it started making headlines late last year, about two months after it started, for its unusual structure.

First, there was no RFP. Then the incumbent, BBH, decided to sit out the competition even though nearly everyone would theoretically like to work with PlayStation.

We were told that the Sony-owned console planned to hire 3 or more shops to pitch against one another in a series of jump ball-style projects for which they would each be paid. This makes sense when you think of how many titles PS has to promote and the fact that our sources claimed they had initially wanted a single AOR but moved toward this exotic cheese board model after realizing that no one agency could fill all their needs.

It also explains why, according to several parties with knowledge of the business, only 4 competitors remain in the final rounds, which indicates a smaller final roster and a slight change in plans over the 9 month review process. Now for the reason you’re reading this post: these parties also confirmed that the last agencies include Wieden + Kennedy, R/GA and VCCP, with M/H VCCP assisting its parent shop in the international pitch.

We can’t name every member of the lineup with absolute certainty, because this isn’t a perfect process—and good luck getting Sony PR.

Spokespeople for all those agencies deferred to the client, and consultancy R3, which is running the review, couldn’t be reached this afternoon. Sony has not responded to multiple requests for comment about this review process.

PlayStation releases lots of ads for individual titles, as you surely know. Here’s the most recent general effort.