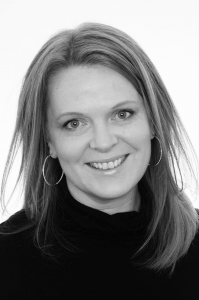 Remember when WPP and Grey launched Townhouse back in 2016 to handle more of its clients’ production work?

This week, competitor Chimney Group, a Stockholm-based indie that handles such tasks for feature films, commercials and other content, announced that it has hired Townhouse’s former CEO.

“Clients are more hands-on than ever before, and they should be,” read Martini’s statement. “The fewer layers between the need and the delivery the better. Chimney is the right company at the right time to partner with clients on this business need.”

Chimney recently expanded beyond its European home base with offices in New York and L.A. and hired both Martini and COO Jason Mayo, who had been managing director of Postal TV. In other words, they want to win more of that good American production business by bringing “the Swedish operational and creative model to the States” (their words).

Martini brings quite a bit of experience to the new job. Before Townhouse she worked at Hogarth and also held top roles at in-house production teams within FCB, JWT and Digitas.

You may recall that Townhouse started as a less-than-public organization and fell right into the center of a spat between SAG-AFTRA and Grey when the former organization accused the WPP shop of using its internal production division to get around the rules on casting union talent. The two parties later resolved that dispute.

Last we heard, Townhouse had grown a bit smaller—but WPP has become much more open about using its own production divisions, particularly Hogarth, which recently “rebranded” down in Miami. Parties close to the business tell us more and more clients are sending work directly to production and skipping the agencies altogether. That’s fine by WPP leadership, but hardly good news for the agencies themselves.