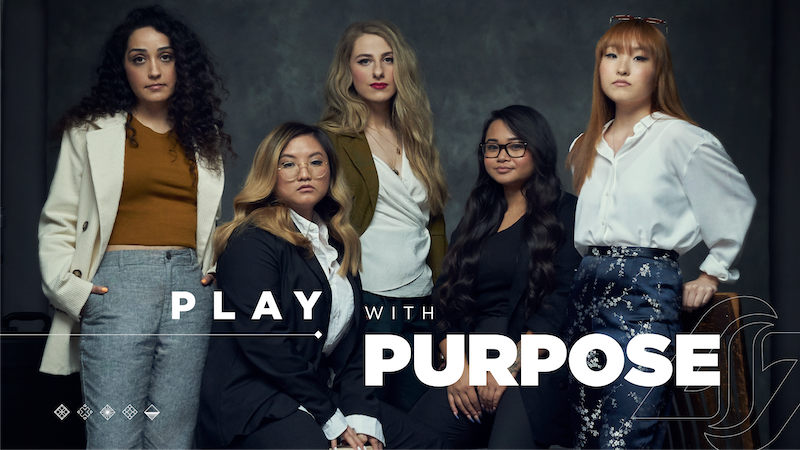 It’s no secret that, like advertising, the gaming world has not historically been friendly to women.

While there has been some progress in recent years with acknowledging female gamers and developers, (HP claims the gaming industry is even approaching an even gender split), the professional gaming world in particular has lagged behind when it comes to equal representation. In a new social media campaign for HP gaming hardware brand Omen, its agency of record Giant Spoon takes the opportunity to champion CLG Red, a female gaming team sponsored by the company.

The social campaign across Instagram, Twitter and Facebook allows CLG Red gamers Benita,
Di, Emy, Goosebreeder and ReffineJ to tell their story in their own voice, injecting some much needed gender diversity into the gaming conversation.

​⁣PLAY WITH PURPOSE. When CLG Red takes over your studio, you let them do their thing. Swipe left to get inspired by CS:GO pros di^, Emy, and Reffinej.⁣ ⁣ ⁣ #OMENbyHP #CLGaming #CLGRed #counterstrike #csgo #globaloffensive #gaming #gamingsquad

“CLG Red is an amazing example of an esports team that’s helping shape the future of gaming culture,” Josh Kocurek, senior manager of global marketing, PC gaming at HP, said in a statement. “We believe in giving a voice to everyone who plays games, and a platform to keep pushing the industry forward. We are especially excited to support this group of very talented women.”

“The CLG Red team is made up of kick-ass gamers and the social campaign is already showing a flood of positive momentum,” added Giant Spoon co-founder Jon Haber. “The time for gamers to get credit for their success is here and we’re excited to be a small part of that.”

Amazing things can happen when you play with purpose. CLG Red isn’t here to be the best female CS:GO team, they want to be the best team in history. There’s a long road ahead but with the guidance of di^, and the full support of CLG, anything is possible. Emy put it best “No one can take down someone who has hope.” @clgaming⁣ ⁣ ⁣ #OMENbyHP #CLGaming #CLGRed #counterstrike #csgo #globaloffensive #gaming #gamingsquad

Make it, don’t fake it. Put in your 10,000 hours and maybe you can be half as good as @goosebreeder. @clgaming pic.twitter.com/MNFOB14QmR