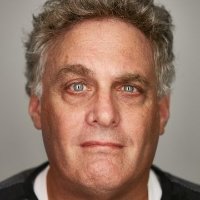 The personal politics of advertising are such a great source for the LOLz.

Dude knows how to divide a room like nobody else, and our favorite curmudgeonly copywriter slash comment critic is quite done with all of that, thank you very fucking much.

That was pretty harsh.

Tannenbaum (who currently works as ECD/copy chief on Ogilvy’s IBM account) later clarified in the responses to his post that he does not “follow” Gary on LinkedIn—rather, he simply finds himself inundated with Vaynerchuk’s takes because, whenever someone you’re connected to on LI “likes” or comments on something, it will show up in your feed whether you want it to or not.

So quite a few people know both George and Gary, either directly or hopefully.

The comments on the thread run the gamut from “Way to trash someone and use the f bomb on a professional site” and “George, a little more decorum, please” to “I thought his persona was created by Christopher Guest” and this gem: “most people I see sharing his posts, be it on LI or FB, are the people least likely to achieve anything.”

We do have to wonder which Vaynerchuk post set George off in the first place. Maybe it was this one in which Gary asked his audience whether he should just up and buy a football team.

We have no idea how cool it will be. But we also know that VaynerMedia is not it, because Gary has acquired some other businesses lately like female-focused publisher PureWow.

For context, though: Robert Wood Johnson IV bought the Jets 17 years ago for $635 million, and team’s estimated value today is nearly double that.

When we asked George for further comment, he gave us this cryptic quote from “The Captive Mind,” Czeslaw Milosz’s book about living under Communism in the early ’50s. The author attributes it to “an ancient Jew from Galacia.”

“When someone is honestly 55% right, that’s very good and there’s no use wrangling. And if someone is 60% right, it’s wonderful, it’s great luck, and let him thank God. But what’s to be said about 75% right? Wise people say this is suspicious. Well, and what about 100% right? Whoever says he’s 100% right is a fanatic, a thug, and the worst kind of rascal.”

Final tip: LinkedIn does appear to have a “block” option that prevents one person from seeing another person’s “shared content.”