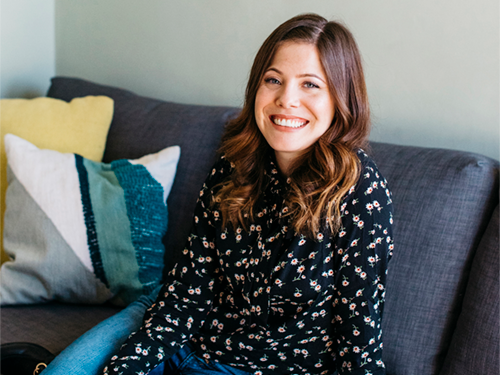 AgencySpyers like yourself may be familiar with fab creative Aisha Hakim. She was at Venables Bell & Partners as a senior art director, a co-founder of the lauded Fellow app and, let’s be honest, one of the most interesting, entertaining, thoughtful and informative people in #AdvertisingTwitter.

Hakim bolted from San Francisco (where she spent about five years at VB&P) to Boston in May. Yesterday, she let a professional cat out of the bag, announcing that she is leaving the tropical, warm sunny climes of Boston and heading to Austin (the two cities rhyme) to join Preacher as associate creative director.

“Aisha has an amazing range of work; doesn’t have a ‘house style,’ and clearly values concept and craft equally,” said Rob Baird, Preacher founder and CCO (don’t get us started on “house style.” It’s a sore spot at Chez Adweek). “We love her entrepreneurial spirit, evident in her co-founding Fellow, and know she’ll become another strong leader and mentor to younger talent as we grow.”

AgencySpy caught up with the ever-engaging Hakim to get the skinny. This interview may or may not have been edited properly.

AgencySpy: So, the criteria for you is making sure that you went to a market that rhymed with Boston?
Hakim: I hadn’t made that connection. But you’re absolutely right. Not about going there, but the fact that it rhymes.

But you told me you were staying in Boston after San Francisco.
This was always sort of an interlude. We came to live here in the in-laws’ pool house. And we didn’t have a plan beyond that, other than to get out of our 650-square-foot apartment in San Francisco and freelance. But I had conversations with Preacher in February and reached back out just saying, “Hey, still thinking about you.”

Oh, that’s sweet. How did they react?
They said, “cool, but what about full-time?” I thought about how I would broach this conversation with my husband, who I just convinced to move to Boston.

And how did that go?
He is unusually flexible. So he said, “alright.” And I always expect it to be more of a fight, and it never is. I guess I should learn my lesson by now.

OK. So you get over hurdle No. 1. What was next?
I decided to get pregnant … because I didn’t think that I was going back to full-time. Unfortunately, women have to think about how pregnancy and motherhood affect their careers, and I had been conditioned to believe that I couldn’t do both. I had to pick career advancement or motherhood. And when I took this sabbatical, one of the things I wanted to do was to live without the industry’s restraints lingering in my mind. And part of that was to start a family. Because, to be honest, I didn’t know where the industry was going to net out. Everything was so uncertain at the beginning that I just had no sense of what direction things were going to go. I didn’t want to rely on a job, or anything like that, because I wasn’t sure what would come up. So I decided to work freelance, which offers a lot of flexibility.

Makes sense. How did you approach it with Preacher?
If I become a mom, how will that impact my potential for raises and promotions because my time will be split? I’m not going to be able to work as I did before. I had some really transparent conversations with the folks at Preacher about those concerns. They have a ton of parents who work there and people who have started families while working there. And it became clear that it wasn’t going to be an issue. I was so excited about the opportunity before those concerns, and I decided to take the leap of faith.

Austin is a hot market.
Yeah, it seems like when you take the time to look, it’s one of the more interesting markets now. And not only because of the backdrop of the culture, but the agencies there like GSD&M, Preacher, Callen—which I’ve had my eye on since they opened up. I think Austin has that special sauce, that vibe you want in an agency environment.

It’s a pretty tight-knit place, too.
That’s something I’ve heard, too. I reached out to people who lived there to get their thoughts, and I heard that, even across agencies, it feels like a family. That feels right for me. I was hesitant about some markets and their “coolness factor.” Being honest with myself, I’m not that cool. I need to understand that and where I fit in, and I like the communal approach in Austin.

You and I have talked at length … well, I have talked at length … about the lack of authentic Hawaiian food in Boston. You’re now going to a market flush with good Hawaiian food. How does that feel?
I couldn’t be more excited about going back to a major food market. In San Francisco, you can walk down the street, and you’re inundated with fabulous choices in terms of food and drink. And I love Concord, Massachusetts, it’s a lovely, quaint town …

You’re dodging the question.
To be honest, that was one of the key factors in my decision—being in a major food market again. And that includes trying new foods such as Hawaiian, but I have little to no experience with it.

Hawaiian food is one of life’s mitzvahs.
I can’t wait.