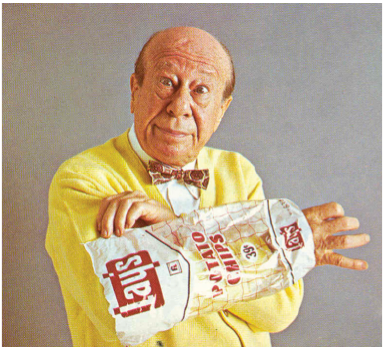 Frito-Lay, like Campbell’s Soup before it, has returned to BBDO. According to sources close to the review, BBDO New York beat out four other agencies to win lead creative duties on the Lay’s chips brand.

Competitors included TBWA\Chiat\Day, CP+B, Deep Focus (which had been working on digital brand projects) and R/GA, which joined the pitched from its Austin office.

Neither BBDO nor Frito-Lay/PepsiCo have responded to our queries regarding the brand, which spent $80 million on paid marketing in the U.S. last year, according to Kantar Media.

Lay’s has been through several agency changes since the late Stephen Frankfurt developed the signature “Betcha can’t eat just one” tagline while at Y&R in 1963, and this is not the first or second time it’s been with the BBDO network.

BBDO New York handled the business from 1991 until losing it to fellow Omnicom shop GS&P in 2007. Chicago office Energy BBDO later picked up the Lay’s assignment before the client decided to drop the agency of record model entirely in 2015, effectively rescinding that agency’s remit.

For fun, here is classic footage from a 1966 Lay’s campaign featuring Bert Lahr (best known as The Cowardly Lion) playing both himself and the devil.