-Pets make us happy, and the latest campaign for pet food brand Freshpet from Terri & Sandy shows the bonds between dogs and their owners. “Friends for Life” features seniors and their fur babies going about daily activities like hiking and yoga as their names and ages appear on screen, like Stan, 79 and Pickles, 6. Set to Sonny & Cher’s “I Got You Babe” (wait, isn’t that a groundhog song?), the spot states that dogs help people live longer and owners can return the favor by feeding their dogs the fresh food found in Freshpet.

-Adweek’s Jameson Fleming looks at burnout of agency parents and discovered many agencies haven’t made the progress they promised for parents who need help.

-The New York Festivals Advertising Awards has launched its ambassador program and is showcasing creatives from Nigeria.

-In celebration of the icy season, Busch Light has launched limited-edition ice fishing cans and has opened the official Busch Light Ice Shanty on Mille Lacs Lake in Northern Minnesota.

-A wounded stuntman finds his father has been overhyping his son’s success in Apple’s Chinese New Year ad.

-In other Chinese New Year news, Panda Express is gamifying its Lunar New Year tradition this year with the launch of the Good Fortune Arcade, an online 8-bit game developed for guests to interact with the traditions of Lunar New Year. The game, created in partnership with AOR The Many, consists of four levels and players are tasked with catching the legendary monster behind the holiday’s origin, Nian. 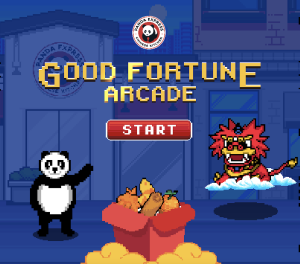