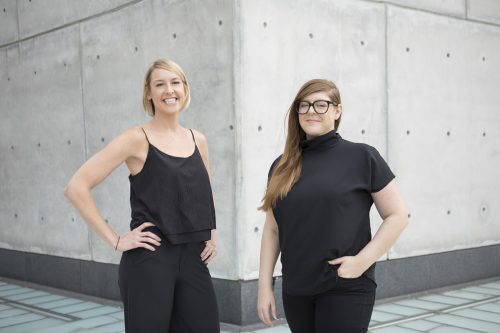 Chouteau and Buckholtz join the agency’s creative leadership team and will lead work for clients including Diageo, Boar’s Head, Dean Foods, and World of Hyatt, while reporting directly to Forsman & Bodenforst president Mike Densmore, who joined the agency from BBH a little over a year ago.

“We’re thrilled to welcome Jordan and Cerra to our team during such an exciting, new chapter for us,” Densmore said in a statement. “Not only have they had tremendous success in creating award-winning and effective campaigns for some of the world’s most renowned brands, they also bring a great deal of energy, ambition, leadership and a competitive spirit anchored in never settling for anything less than great. Plus, they’re both awesome people and funny as hell.”

Chouteau (pictured, left) joins Forsman & Bodenfors following nearly six years as a freelance creative director/copywriter, working with clients including Google, Kraft, Adidas, Sony and Virgin Mobile. Prior to going freelance Choteau spent around four years as a copywriter with Mother, working with brand such as Sour Patch Kids, Burger King Virgin Mobile and K-Y. Before joining Mother she spent over two and a half years as a copywriter with 180LA.

Buckholz (pictured, right) previously spent around six years as a freelance creative director and art director, working with clients including Google, Facebook, Oreo, Xbox, Kraft and K-Y. Prior to going freelance she spent three years as a senior art director with CP+B, overseeing integrated broadcast and digital campaigns for brands such as Old Navy and VitaminWater. Prior to that she spent two years as a designer with the San Francisco office of AKQA.

The new arrivals follow MDC Partners retiring the Kirshenbaum Bond Senecal + Partners last month as a result of a merger with Forsman & Bodenfors.