The project was designed around the insight that statistics around the Black experience in America typically focus on the negative, often presented without the full context of the systemic racism at the root of such numbers. Forsman & Bodenfors is running the series on its social channels, which debuted with a post last week introducing the concept with an illustration of the historic Congress which includes 57 Black members between its two chambers.

“We don’t celebrate the wins,” Forsman & Bodenfors copywriter Dotun Bello told AgencySpy. “Black History Month is supposed to be a way to celebrate history so what if we took that opportunity to celebrate? It’s a look at what we’ve done in the face of white supremacy and the systems against us.”

“We can make ads for Black people where you don’t need to have knowledge of Black history to appreciate these ads,” he added.

“I don’t feel like American agencies or companies do a very good job of talking to Black people,” Bello said. “When Black Lives Matter came to its height last year, Forsman&Bodenfors, along with a lot of agencies, made a commitment to the Black community to pay better attention, to learn and speak alongside them.”

When Bello joined the agency last December, he arrived with a bunch of ideas for Black History Month and by the time February was approaching Forsman & Bodenfors had several approaches in its back pocket. After meeting with strategist Alexandra Ofori-atta and a small team, they quickly arrived at the concept. The project quickly came to life, with Bello citing Ofori-atta’s “amazing job” compiling statistics as crucial to the project’s quick success. Bello said he appreciated that the agency didn’t try to dilute the language used in the copy to avoid phrases like “white supremacy” and “systemic racism.”

“A lot more brands are starting to use that language,” he added, something he contrasted with a previous experience where a former co-worker asked him to provide  examples of systemic racism. 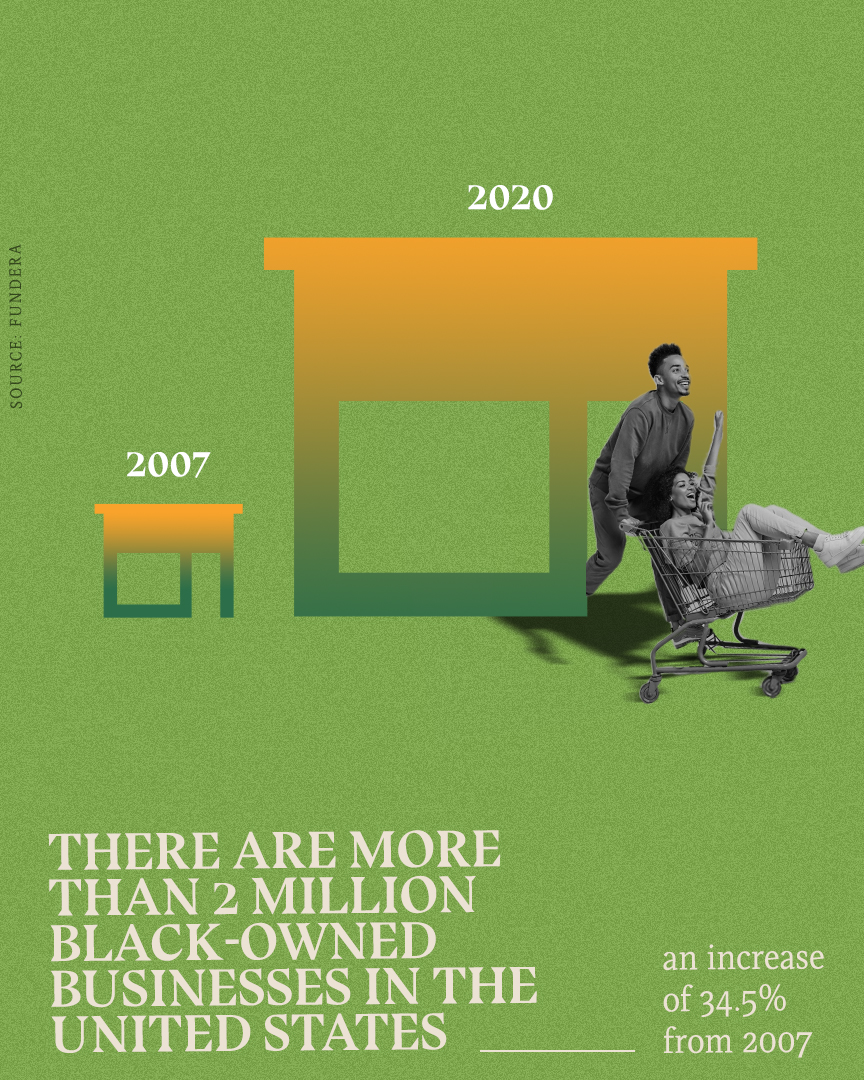 Bello explained that he wanted to take a different approach to Black History Month that stood apart from the usual focus on historical figures and individual achievements, “taking something people see all the time and turning it on its side.”

There’s another layer of significance to the approach as well. While modern statistics have historical ties to systemic racism, in using statistics to celebrate Black achievement, the project uses the mathematical field instead for empowerment.

“It’s about Black Pride. Beyonce said a couple things in Black Is King that I hold dear,” Bello said, including “‘You can’t wear a crown with your head down,’ One thing I have wanted to put in my work is that feeling of empowerment. For people to walk away knowing people see value in them.”

“That is the point for me,” he added, “to speak to Black people.”