NEXT:Translation Raises Some 'Banners' in the Air for NBA's #MLKDay Games
PREVIOUS:Harley-Davidson Is Looking for a New Creative Agency to Help Refresh Its Brand 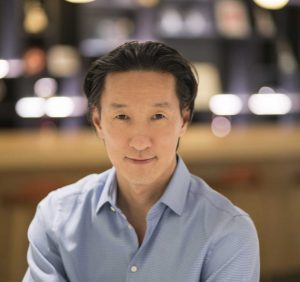 DDB has a new executive leader in Canada.

Four months after abruptly leaving his role as president and CCO of JWT in Canada, Brent Choi landed at the Omnicom network.

He starts the job on February 4, 2019 and reports to DDB Worldwide CEO Wendy Clark and North American CCO Ari Weiss. According to the release, this is the first time DDB has had one person overseeing new business, creative and strategy across TRACKDDB, Tribal Worldwide Canada, TracyLocke and Twice.

Clark called the incoming CCO “a stand-out leader who is equally wired for both the right and left sides of the brain” and counted his hiring as an extension of “DDB’s tradition of having the best creatives in top leadership positions” such as Keith Reinhard, Bill Bernbach, and former DDB Canada CEO and chairman Frank Palmer, who announced late last year that he would be leaving the ad industry but not retiring entirely.

“As I look forward, there’s so much for our clients to be excited about with DDB Canada and what our team will be capable of,” said Choi in his own statement. “As our industry changes, we will continue to push boundaries and raise the standard as an agency.”

From his portfolio, here’s a 2014 project for Tim Horton’s, which was one of JWT Canada’s biggest clients under his leadership.

It remains unclear exactly why Choi left JWT nearly 6 months after Matt Eastwood, who is now with McCann Health.