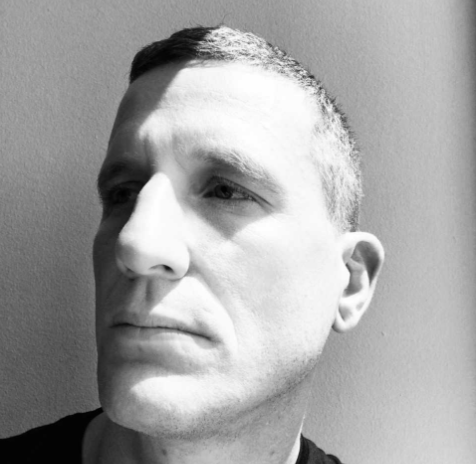 Happy Monday and a question: do you ever think of leaving the agency rat race for another, kind of related business?

Surely you have at least entertained the idea. But Stephen Clements recently made it happen: after spending more than a decade in the “traditional” agency world (most of it with AKQA) and launching a small design firm called JUNIOR, he joined Y Media Labs, a California company best known for designing mobile apps.

(We should note that MDC Partners acquired a majority share in Y Media Labs in 2015, so the organization is still closely tied to the agency business.)

It wasn’t too big a stretch for Clements, who noted that his first assignment at AQKA London involved designing the XBOX 360 interface. “I found the product side of things a bit more rewarding, frankly,” he said, “and as time went on, I realized the worlds of products and marketing have collided.”

This applies to both products that double as expressions of a brand’s ethos and those designed by agencies in response to briefs.

As Clements put it in a related Medium post, brands and agencies face the same adapt-or-die challenges—and YML might just provide a model for agencies looking to better position themselves for what comes next.

Some of the things Clements has been working on during his time at the new company might sound familiar. “Over the past year, I started working on a couple of product projects with my wife; both are chatbots,” he said. “One is an [AI] sommelier, and another does the same thing in the cannabis space.”

Clements first met YML CEO Ashish Toshniwal while familiarizing himself with the group of “angel investors” in the Bay Area, but the company doesn’t just work with businesses trying to break through. Clements describes the client roster as “a mix of startups and big clients like Home Depot and First Republic Bank.” For the former, YML worked on a mobile app that ties into Clements’ interest in the oft-refrenced customer journey.

“I see it as a natural evolution for the industry as well as my career,” he said of the move from designing websites and digital campaigns to helping a client manage every way a given customer experiences a brand, service or product.

“The agency world, marketing world and product world are all merging into this one thing, and I spent a large part of my career coming at it from one angle,” he said. “This place comes at it from the other angle [with] deep product experience.”

“Because product engagements are longer-lasting than a campaign and don’t take as many risks, they apply a little more process and rely less on that Big Idea moment of inspiration,” he said when comparing the experience of working for YML to his time in the agency world. “I’m hoping to infuse a lot more of that and create products born from a place of inspiration.”

Clements added that he spoke to a number of brands about working on the client side but “could never get my head around working on the same thing forever.” For him, at least, Y Media Labs offers a meeting of creativity and more functional design.

It wouldn’t be a huge surprise to see more and more would-be art directors taking their careers in this sort of direction.