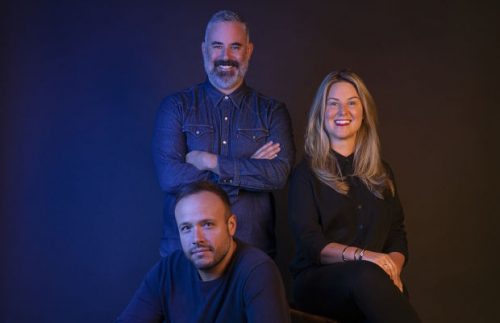 Hecho Studios, which was formerly the in-house production unit of 72andSunny known as Hecho en 72 before spinning off from the agency about a year ago as part of a reorganization, hired Briony McCarthy as president.

In the role, McCarthy will help continue to grow Hecho Studios and lead work across all accounts, working alongside Chief Content Officer Tom Dunlap and executive creative director Gui Borchert.

“Briony’s business acumen combined with her strategic media experience completes our vision for Hecho Studios,”Hecho Chief Content Officer Tom Dunlap said in a statement. “The combination of Gui as creator, myself as maker, and Briony as activator is already having a massive impact on our company and our product. Together we’re developing Hecho’s narrative and we’re all looking forward to what this next chapter has in store.”

McCarthy spent over a decade at PHD New York, most recently serving as president from April of 2014 until the end of 2018. She joined PHD as a strategy director in 2008, leading planning for Hyatt Hotels and Kayak.com, before being promoted to vice president, group account director leading strategy for all travel, CPG and retail clients in 2011.

Earlier in her career, McCarthy held a number of planning leadership roles for agencies in Australia before making the move stateside to join New York agency Reindeer as director, planning and development in 2007. In addition to the aforementioned brands, McCarthy has worked with HBO, Delta Airlines, MailChimp, Ferrero and Old Navy over the course of her career. She is also a self-proclaimed “terrible” surfer and former marathon runner.

So what sort of work has Hecho been up to? Well we already told you about their CBS Super Bowl short, and here’s a food sizzle reel created about a week ago.

Now we want some bacon.