NEXT:Barton F. Graf Does That Creepy Kid Thing They Do in Latest Little Caesar's Campaign
PREVIOUS:No Agency Will Admit to Working on This Anti-Gay Marriage Ad from Australia

FCB West launched a new “Always On’ campaign for Levi’s Dockers brand with a 30-second  spot titled “How To Get The Raise.”

As you may have guessed, the spot presents itself as an instructive video on how to ask your boss for a raise. It does so sans dialogue, suggesting all you need to get your boss to agree to pay you more money is a series of hand gestures and some savvy to take advantage of a conveniently-timed sneeze. Oh, and a snappy pair of Dockers khakis, of course.

The campaign launches this Friday and will include a mix of cinema, digital, social, print and retail components. We’ve included some examples of the print work below, which was shot by FCB West group creative director Mike Long and photographer Matthew Comer.

“Not so long ago, Dockers defined the khaki category. FCB West’s collaboration with the amazing Dockers team has led to a strategic and creative platform that will relaunch the brand and – with great new products – once again make Dockers the go-to khaki for modern men,” FCB West president and CEO Joe Oh said in a statement.

“Developed as a long lasting idea, ‘Always On’ connects with our consumers on an emotional level, rebuilding our relationship with him and asserting our leadership in a crowded category,” added Dockers global vice president, marketing Karen Riley-Grant. “The ‘Always On’ campaign is set to inspire men, and reinvigorate the Dockers brand by connecting with loyalists and new fans around the world.” 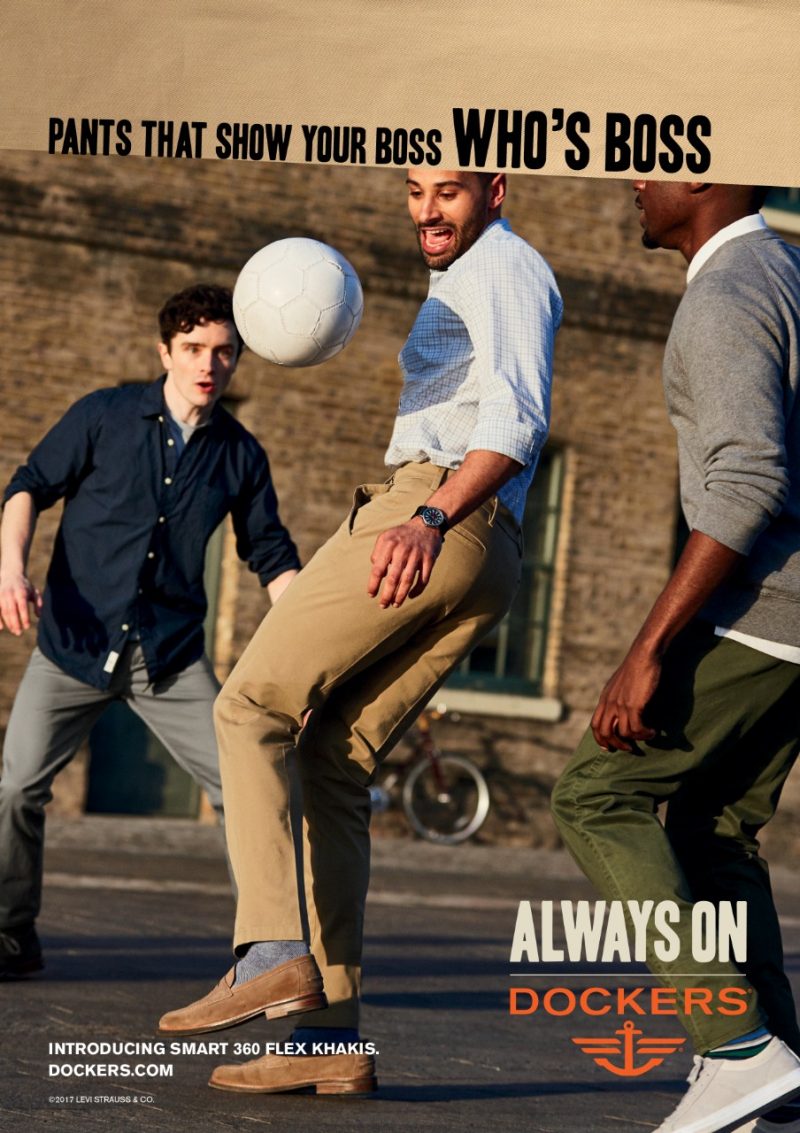 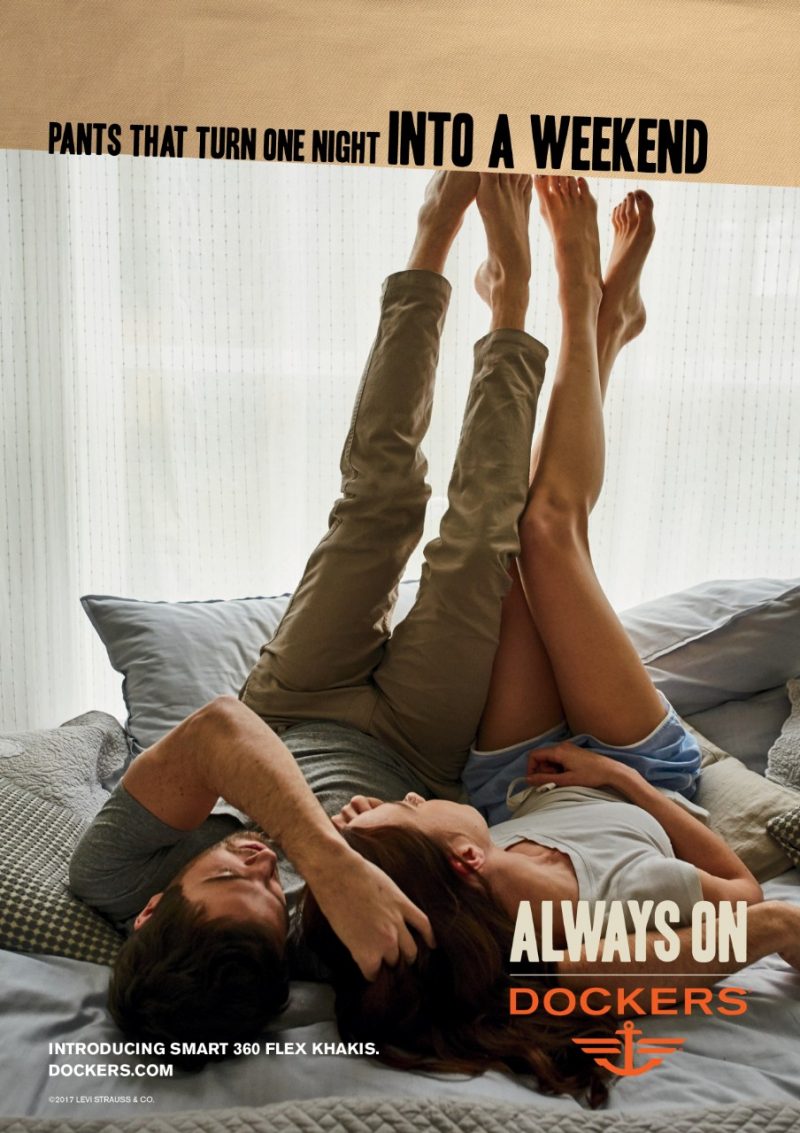