NEXT:Thursday Morning Stir
PREVIOUS:Joan Goes Through a Small Round of Layoffs 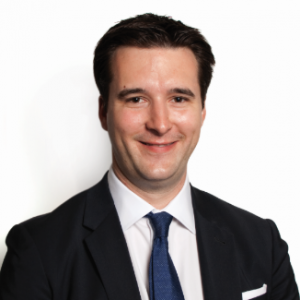 The biggest news out of FCB New York in recent months has been the Whopper Detour campaign, but today the IPG network announced a leadership change.

Tyler Turnbull, who came on to lead the network’s Toronto office nearly 5 years ago, will now oversee all of FCB Canada and New York.

The New York CEO position has been held by The Martin Agency alumnus Karyn Rockwell since she joined the agency to form its new leadership team in early 2016 along with CCO Ari Halper and chief strategy officer Deb Freeman and Lee Garfinkel announced his departure.

Rockwell left FCB earlier this year to “think about the next chapter in her life,” and Turnbull has been involved in the New York operations for several months.

“Tyler is a champion of revitalizing businesses and transforming them into top performers,” said worldwide CEO Carter Murray. “He is incredibly driven, fearless and talent-forward, recognizing the importance of having a truly inspired and engaged workforce across the board.”

Regarding Rockwell, Murray issued a statement in February confirming her departure. He said, “She is an outstanding professional who has led the office with energy, humanity and commitment and is an all-around good person.  We want wish her all the best in her next chapter.”

Turnbull, who has a history in accounts and media planning, left Proximity in 2014 to become CEO of FCB Toronto. He later took over the Montreal office as well. Moving forward, he will be responsible for several divisions including the three locations in Canada and New York as well as production unit FuelContent and digital-consulting division FCB/SIX.

During his tenure up north, that operation produced some acclaimed campaigns such as this one for the Canadian Down Syndrome Society. He also wrote a very interesting op-ed for Canada’s Globe and Mail in November 2017 arguing that the ad industry could not be silent regarding #MeToo; it came exactly one month before IPG found itself thrust directly into that conversation.

Beyond Burger King, the New York office has picked up new business recently, winning AOR duties for gambling platform Unibet while expanding its relationships with Canon and LG Electronics.