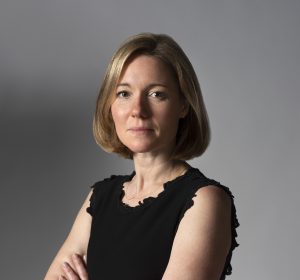 The New York offices of FCB went through another leadership change today with the announcement that Emma Armstrong would come on to serve as president.

Her appointment follows that of Tyler Turnbull, the FCB Canada CEO who was officially promoted to lead FCB New York last week. Turnbull, who has effectively led the Manhattan office since predecessor Karyn Rockwell left in January, led the search for a president.

Armstrong is the first to hold that title since DraftFCB rebranded. The U.K. native most recently spent one year as managing director of iCrossing.

“As the CMO role evolves to Chief Growth Officer, you need a team that combines business smarts with deep creativity and curiosity about the consumer and the world. The team at FCB N.Y has that in spades and I’m thrilled to join them,” she said.

In his own statement, Turnbull said the new president is “tenacious, forward-thinking and has a clear point of view of how to fuse brand and performance together.”

He also cited “the great momentum FCB New York has been building over the last year” in explaining its search for a new president to “help take the agency to the next level,” adding, “Emma is this person.”

You may recall a recent campaign created by the New York office for a burger chain that will almost certainly win an award or four in France next month.