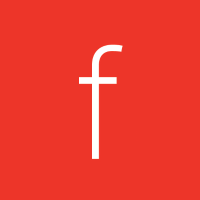 Publicis Groupe’s Fallon appears to have hit a small speed bump at its New York office. A round of staffing reductions hit the downtown Manhattan location today, according to a couple of parties who reached out to us.

A holding company spokesperson confirmed that the office had “made a reduction in staff to meet its current client needs.” The rep added, “Fallon has big plans for its New York office and will continue to grow with the right mix of business and industry talent.”

According to one party with direct knowledge of the situation, however, Fallon New York laid off several of its staff members this morning.

Exceptions included those working on the Bud Light Lime-A-Rita business. News of that win went live today, but the review ended several weeks ago. One staffer called it “an accidental pitch” and claimed that employees in Fallon’s Minneapolis headquarters had been brought on to help run the account.

The main reason for the change was Publicis Groupe’s loss of all Revlon business when the beauty giant consolidated global creative and media duties with WPP’s Grey and MediaCom in July. Fallon New York opened in February following the acquisition of fashion-focused agency AR, and Revlon was its largest client. Executive creative director David Israel, who had previously been with AR, was one of those let go today.

As noted by MediaPost back in February, this was not Fallon’s first attempt to open in New York. The earlier outpost closed in 2005 after a decade, and the new office was located in the same building as Saatchi & Saatchi, which showed its new downtown space to the world in January via the architecture firm MMoser.

The party who first alerted us to the news claimed that agency employees spent much of this summer pitching for new business but did not win any reviews beyond Bud Light.

According to the individual who spoke to us today, one employee learned that she’d lost her job from management while attending the Burning Man Festival.