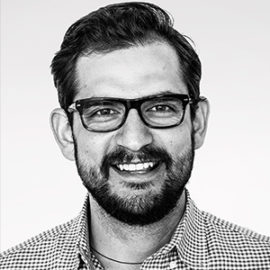 One half of the creative duo that has powered Omnicom’s 180LA will be leaving for an unspecified new role in the San Francisco area.

Executive creative director Rafael Rizuto recently announced that he would be departing after approximately two and a half years.

“Rafael and his wife are having their first baby, and for personal reasons, want to get back to the Bay area to be close to family. While at 180LA, Rafael helped recruit a diverse staff, shared his passion, energy and commitment to 180LA while making great work for our clients. He is pursuing a new adventure in San Francisco and we wish him and his family all the best.”

180LA representatives are mum on specifics regarding the new role. But multiple parties tell us it involves a new venture from unnamed ad agency veterans. The launch will purportedly go public in the coming weeks.

The departing ECD served as the art half of Dudu & Rizuto, a creative team he formed with copywriter and fellow Brazilian native Eduardo Marques. The two first worked together at Ogilvy Brazil before moving stateside to Pereira & O’Dell in 2012 and later becoming 180LA’s first executive creative directors in early 2015.

They went on to effectively serve as the face of the Omnicom agency’s West Coast creative team, promoting such campaigns as Unicef’s “Unfairy Tales” series and a project in which the agency turned Boost Mobile locations into voting booths. (The latter was a big winner at Cannes this year.)

Over the past several months, however, 180LA has suffered a string of account losses including Asics, Mitsubishi and Miller Lite, which went to DDB Chicago in July after a competitive review. The agency also recently moved from its Santa Monica headquarters to a smaller office in Playa Vista.

During more than a decade in the ad industry, Rizuto has won a variety of awards from every major organization and worked on brands like Airbnb, Coke and Nike. His departure leaves Marques as 180LA’s sole remaining ECD.

More news to come on the new Bay Area venture.