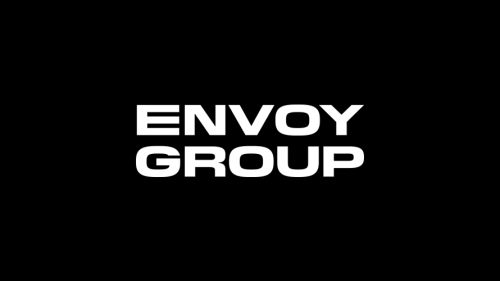 Eric Pier joins Envoy as a creative director, following nearly four years with R/GA Portland, including three as an associate creative director on Nike, Jordan and Starbucks. He joined R/GA as a design director in 2015, following brief stints at Deloitte Digital and Amazon.

Creative software engineer Adam Pere joins Leviathan from Harvard, where he led research on projections, wearables, and virtual reality. Pere previously served as a design technologist at Tellart, where he was part of the team that built the electronic components to the Toyota Concept-i prototype revealed at CES 2017.

“These three hires illustrate the creative diversity and the unique skillsets that make Envoy Group such a compelling partner for many of today’s biggest brands,” Envoy Group president Kevin Bauer said in a statement. “And while each agency has its own particular strengths and areas of focus, it’s really the collaboration between these skillsets which produces the magic and allows our clients to accomplish the incredible.”

Bauer explained that Envoy Group is building a platform to bringing together the services and capabilities of its individual components in a collaborative way that still provides “the intimacy of a smaller platform” for clients.

Envoy Group provides centralized services, such as talent recruiting and finance, which allows its individual entities to focus on the work, something Bulldog Drummond CEO Shawn Parr said provides benefits for its employees as well as clients.

Leviathan co-founder and CEO Chad Hutson explained that Envoy Group’s “goal is not assimilation” and that a collective approach still allows for independence, something he said is “ultimately a benefit to clients” as the group’s individual entities provide “unique perspectives with unique capabilities. The goal is for that to be retained.”

Envoy founder and ecd Ryan Rommelfanger characterized Envoy Group’s offering as one that “thinks like a consultancy” in determining strategy and then “acts like a super-charged creative agency” in coming together as a network.

Further growth is on the horizon for Envoy Group, according to Rommelfanger.

“[We] will be making more acquisitions” by either “adding more to what we’re really good at or” expanding into “additional capabilities.”