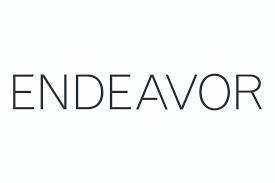 Holding company Endeavor has implemented a series of cost-cutting measures, including furloughs and layoffs, across its properties, including 160over90, IMG and WME, with the exception of UFC, which has a different ownership structure.

Around a third of Endeavor employees are impacted in some capacity by furloughs, layoffs or reduced pay for reduced work. Endeavor also counts the Miss Universe Organization and the Professional Bull Riders organization among its brands.

“The long-term prospects for Endeavor remain unchanged, but like other companies, we are taking a variety of actions to mitigate the impact of this pandemic. Since late March, we have been rolling out cost-saving measures in phases across our companies and geographies and intend to complete most of this process in late May,” an Endeavor spokesperson said in a a statement. “Approximately a third of our population will be impacted by reduced pay for reduced work, furlough or position elimination, with the majority affected by reduced work and furlough.”

The majority of those impacted were furloughed, or had pay and/or schedule reductions, a source with direct knowledge of Endeavor’s operations told AgencySpy. Remaining Endeavor employees were also subject to a tiered base salary reduction, with anyone making $65,000 or less not affected, while Endeavor CEO Ari Emanuel and executive chairman Patrick Whitesell suspended their salaries for the year and Endeavor president Mark Shapiro took a 50% reduction in pay, the source added.

Last October, Endeavor’s creative arm, Endeavor Global Marketing, rebranded as 160over90 after acquiring the Philadelphia-based agency of that name in 2018.