Yes, it sounds a little dry, but it was really quite interesting in that Helix isn’t just an Ancestry or 23andMe-type service designed to help you figure out how many of your relatives were Scots and how many were Irish.

The idea is that the act of establishing one’s own “personal genomics” doesn’t just help clear up your family history. It could be used to sell all sorts of personal products from wines to services that recommend exercise routines or medications.

This week, Helix launched its first brand campaign. And like the company itself, it’s not quite your dad’s DNA sequencing business.

That was a fun head fake. You thought it was going to be a GoT-style reveal about her Viking roots, didn’t you?

Seems that DNA tests can tell you some very practical things you wouldn’t have known about yourself otherwise.

It’s a shame that Natalie can’t enjoy her favorite beverages now, but perhaps that’s for the best.

The final spot concerns a group that is very, very interested in genetics: future parents. (This is especially true if you happen to live in Brooklyn or Southern California.)

This campaign’s primary goal, as we see it, was to add a bit of personal color to a product that could easily become dry and humorless.

“The goal of the creative was to show how Helix can help people make more informed choices and decisions about their health, fitness, nutrition, and more,” said Eleven CD Chad Leitz. “We wanted to illustrate the promise and possibility of how DNA can actually enhance peoples’ lives daily, so we honed in on the idea of the personal DNA result. We illustrated people in exaggerated circumstances, taking life into their own hands with the new knowledge they’ve discovered about themselves through the Helix platform.”

Helix’s head of launch and partner marketing Jessica Graham added, “The campaign aims to represent and announce the Helix value proposition as something entirely different and revolutionary within the category.  Together we landed on ‘Crack Your Code’ as our tagline as it’s a message we felt was actionable that could inspire people to be proactive in learning about themselves. It’s not only our new tagline but also a call to action for curious people.”

After talking to the agency and posting on this campaign, we can legitimately say we are more interested in the service. And isn’t that what success in advertising is all about? 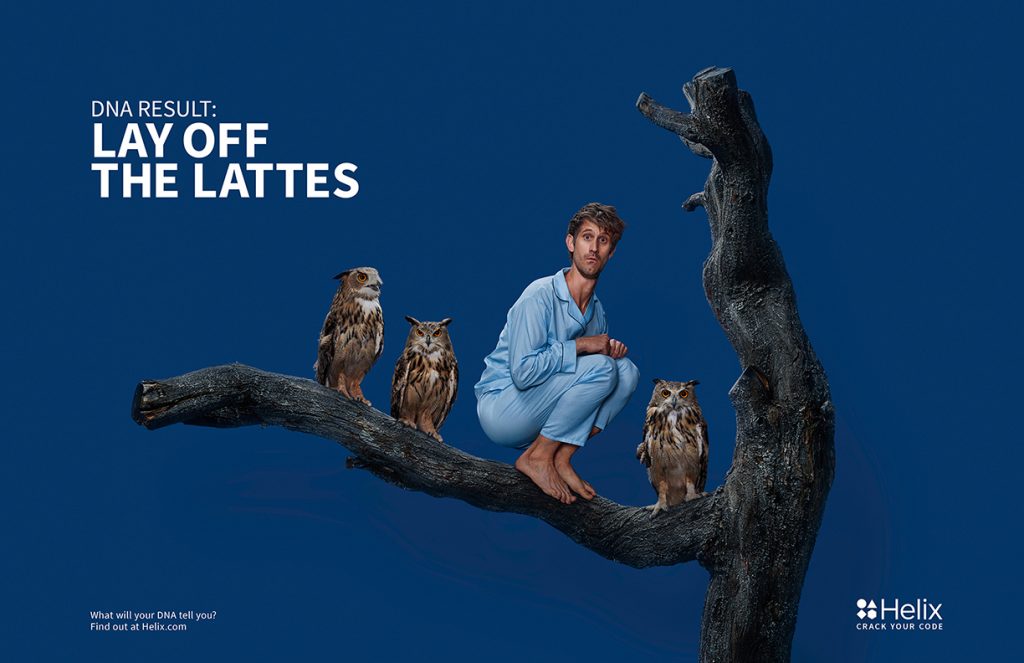 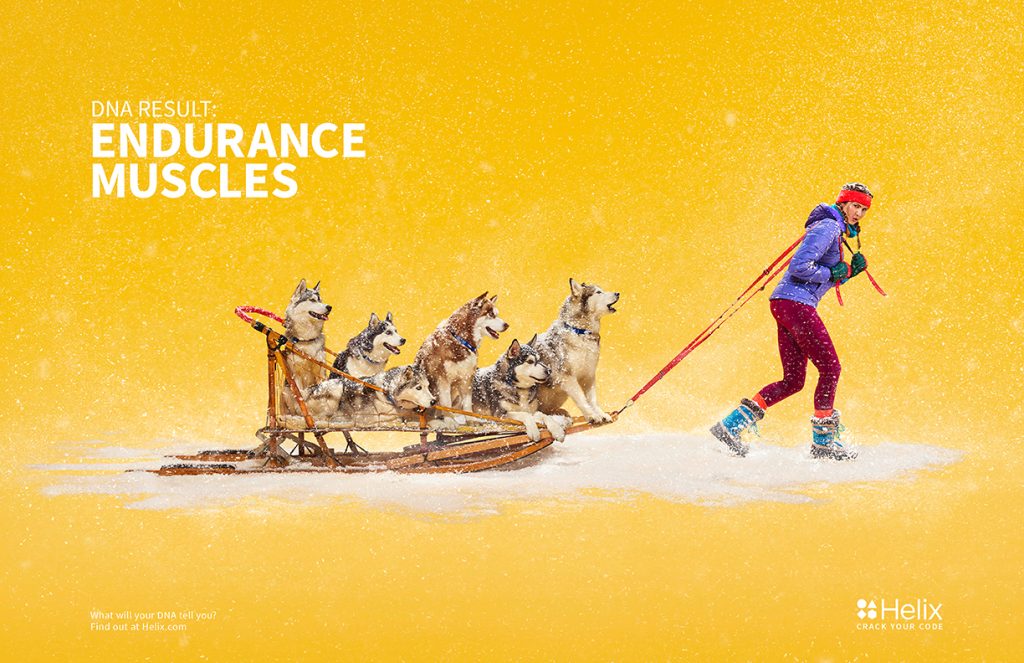 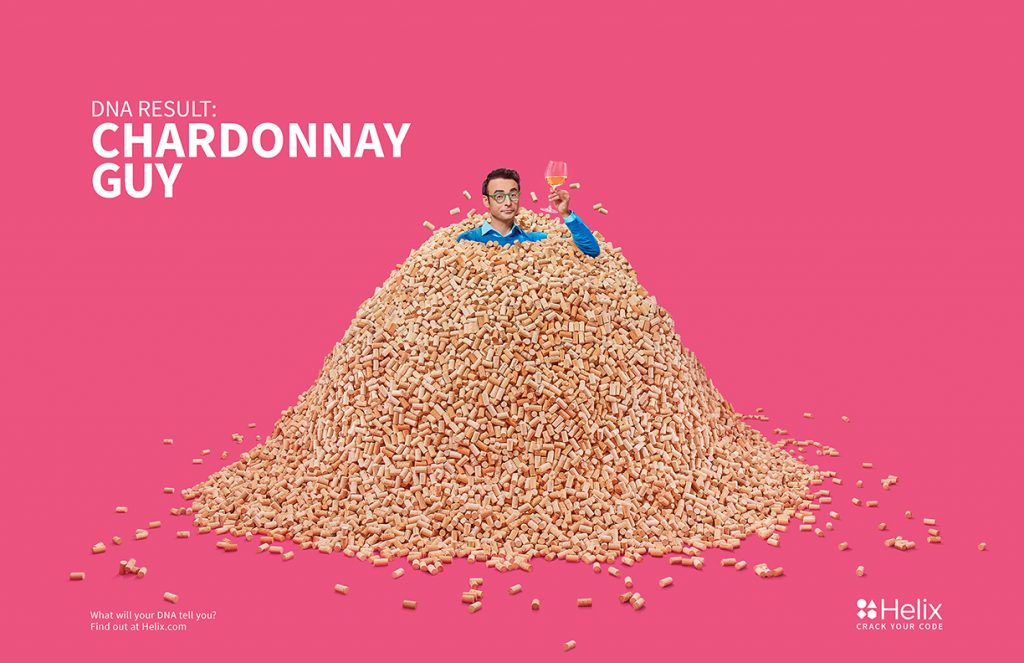