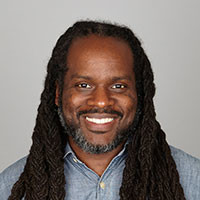 Elephant, the design agency launched by IPG’s Huge to service Apple in 2015, has hired Charles Duncan, Jr. to lead its technology team in North America as vice president, technology.

In the newly created role, Duncan will lead the agency’s engineering practice and a team of about 30 across Elephant globally. His initial focus will be on the development of client initiatives.

Duncan arrives at Elephant from Leo Burnett Chicago, where he has spent over two years as senior vice president, digital and North American digital lead, Publicis Production, leading a 30-person studio team. Before that he spent a year and a haf as director of technology for W+K New York, following three and a half years in that role for VML New York. Earlier in his career he spent over five and a half years as a senior developer for R/GA, before moving on to spend over three years as technical manager at AKQA. Over the course of this career, he has worked with clients including Nike, Microsoft and Delta Air Lines. He is also a board member of 4A’s creative technology committee and organizer of the annual CreateTech conference.

Duncan’s arrival comes as Elephant expands beyond its founding client relationship. In February, the agency hired Rachel Gold from Muh-tay-zik | Hof-fer to serve as vice president of strategy for its San Francisco office. It also recently opened offices in New York and San Francisco and took over Huge’s Los Angeles office last December.