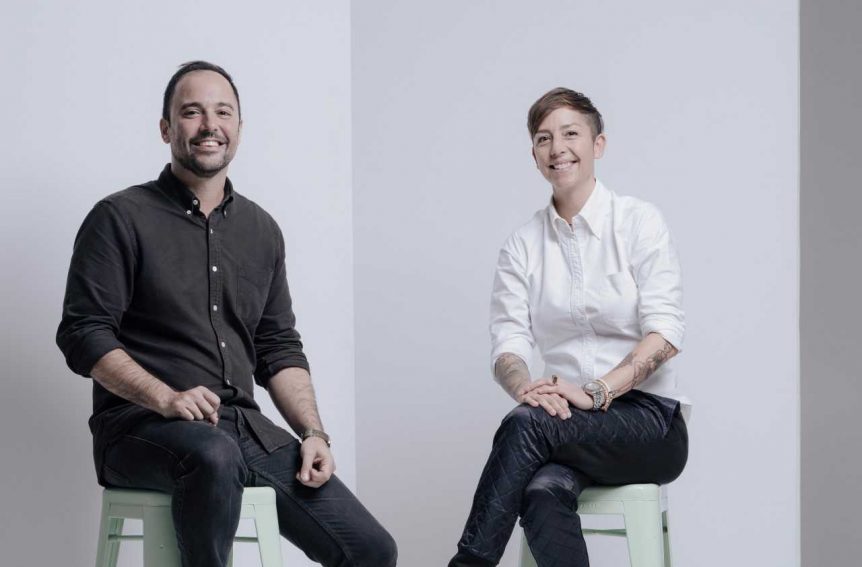 Cronin and Durazzo will now join the Droga5 production department leadership team led by Sally-Ann Dale and oversee the interactive production branch’s team of 18. The promotions follow the departure of Droga5’s former director of interactive production, Niklas Lindström, who left the agency after three years over the summer to join Callen, Wieden + Kennedy’s first spinoff agency.

“The role of interactive and experiential production within our agency is critical as we continue to push boundaries and produce work that moves our clients’ businesses forward through unique, non-traditional projects,” Dale said in a statement. “Tasha and Justin will continue to lead our group of diverse production thinkers in this direction.”

“I’m excited and emboldened by Sally-Ann Dale’s leadership, and, as an out woman in production, mentoring the next generation of female producers and increasing the numbers—as well as visibility of diversity in advertising—is hugely important to me,” Cronin added. “In order for authentic stories and brand experiences to be created, we need honest voices at the table from strategy through the execution team, and in this new role, I feel inspired to continue working toward that change.”

Cronin joined Droga5 as a senior interactive producer in March of 2015 and was promoted to executive producer, interactive the following May. At Droga she has worked with clients including  HBO, Blizzard Entertainment, Pizza Hut, Clearasil, CoverGirl, Johnsonville Sausage, Dixie and Quilted Northern. After beginning her career in the film industry with Samuel Goldwyn Films, Cronin spent three and a half years as an account manager with Crew Creative Advertising, beginning in 2005. She later joined Cole and Weber as a producer and was promoted to a role as senior producer before departing for Google Creative Lab in 2014.

Durazzo joined Droga5 as a senior producer, interactive back in February of 2013, following a freelance stint with Google Creative Lab. He worked his way up to a role as executive producer, interactive before this promotion. While with Droga5, he has worked with brands including Under Armour, Hennessy, Toyota and Dwayne Johnson‘s Project Rock.

“After nearly five years growing with Droga5, it continues to be an extraordinary opportunity to supplement and elevate the shared vision of David Droga and Sally-Ann Dale, infectiously spreading inspiration and creativity as far as we can take it—if there’s anything I’ve learned here, it’s that there are no fixed bounds for ambition,” Durazzo said in a statement.

“What a time to explore and apply all the new and ever-changing technologies we have at our disposal,” he added. “With major advances in machine learning and neural networks, augmented realities and various immersive frameworks, it’s an exciting and ethical challenge to help shepherd our curious, talented teams of producers, creators and technologists as we develop integrated design systems for highly-crafted narrative and better user journeys—serving our clients and their clients’ enhanced human experience.”