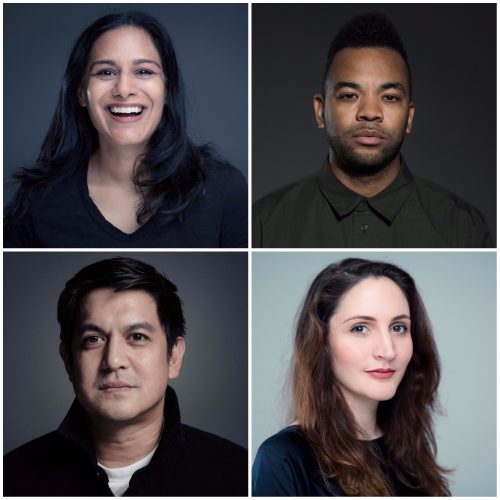 Droga5 has bolstered its creative and design departments with a series of four new hires and two promotions.

“I’ve always admired Droga5’s creatively ambitious spirit,” Pierce said in a statement. “I look forward to learning from and working with fearless people who are down to make the insane a reality.”

“I’ve been lucky to work for incredible people and at incredible places in my career. To be able to join Droga5 and work alongside so many insanely talented people who are doing incredible work is a no-brainer,” Shah said in a statement.

Sanchez (picture, bottom left) joins Droga5 from Brand Bureau, the brand division of hospitality and interior design firm AvroKOm which he established and grew into a full-service brand agency over the course of over two and a half years serving as managing director and creative director. Prior to that he spent over six and a half years as creative director for global design and strategy agency frog, working with clients including ABInBev, GE, Verizon, AT&T, Staples and Equinox.

“Throughout my career, I’ve maintained the belief that design is a vastly powerful tool, one that can have a profound impact on how we perceive ourselves, the world around us and our relationships with one another,” Sancehez said in a statement. “I’m incredibly excited to join Droga5, a creative agency that delivers on this belief, time after time, in stellar ways.”

Fine (pictured, bottom right) arrives at Droga5 following a brief period as a freelance product designer with Tech Ladies, following ten months as a design director with R/GA New York and six months as a freelance design director with the agency prior to that. At R/GA she focused on new products for Verizon, as well as R/GA Ventures, the agency’s startup accelerator. Prior to R/GA, Fine worked as a freelance product designer for Dash Labs Inc. and a creative director/designer in residence for Human Ventures Co. She also teaches digital design and design ecosystems at School of Visual Arts.

In a statement, Fine said, “Droga5 has always been full of future thinkers, and the result is an agency full of smart, optimistic people continually escalating what constitutes original and innovative creative work. I look forward to participating in and executing the ‘next generation’ of work as we continue to redefine the parameters of our offerings and the impact they have.”