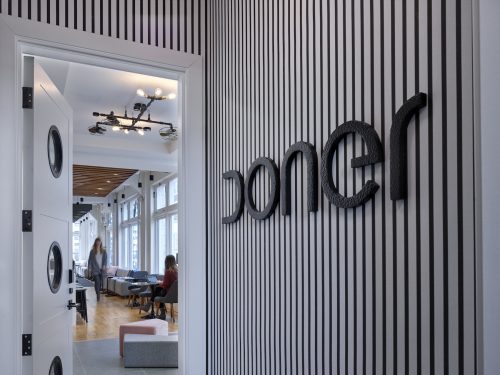 Doner parted with approximately 20 employees at its Detroit headquarters yesterday as part of agency restructuring efforts.

“Over the last year, we have been proactively strengthening our agency offering, while making strategic investments to attract talent and build capabilities that align with the evolving needs of modern marketers,” an agency spokesperson said in a statement. “As part of this ongoing restructuring, we have made the difficult decision to reduce staff across several areas of the company. These decisions are never easy, and we are doing everything we can to support those who have been impacted. As we build toward the future, our focus remains on delivering the best results for our clients.”

According to a source close to the matter, the restructuring is not related to any specific loss of business, but rather existing clients spending less on advertising.

MedStar Health selected Doner as its agency of record in July, following a review. At the beginning of the year, the agency welcomed four senior hires in the wake of picking up some business as part of McDonald’s consolidation of its retail and local marketing partners. In April, Doner launched a consumer connections practice.

The larger Doner organization also lost a chunk of work in the recent Nestle review, but that was limited to its L.A. office.

Last August, the agency parted with 3 percent of its staff in Detroit following the loss of the Minute Maid account.