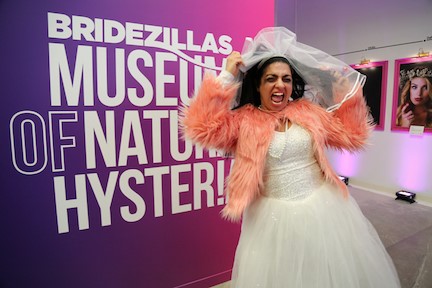 If you happened to be hanging out in Times Square this week, doing whatever it is people do when they’re ready to give up on life, you may have come across a brilliantly garish celebration of that one thing that truly makes us Americans: reality TV.*

The show is Bridezillas. It debuted way back in 2004, ran for 10 seasons and became the highest-rated original show on WE Tv (wow, really?), though we have to admit we’ve never watched it aside from some choice clips on The Soup.

But now we don’t need to watch it at all, because our friends at Doner L.A. summed up the whole experience via The Museum of Natural Hysteria, a pop-up exhibit celebrating the show’s history and its upcoming reboot.

The whole thing started last Friday, but you’ll have to hurry to see it because it will be all gone on Monday morning like the broken dreams of a million brides-to-be whose weddings turned out to be somehow less than perfect.

Everybody walked the dinosaur, and lots of proudly D-list celebrities showed up, but we’re not going to include their pictures here because we don’t feel like taking the time to download them from Getty Images. 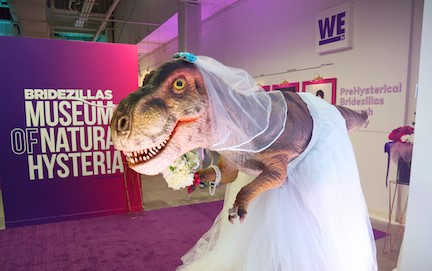 Highlights of the exhibit include “Bridezillas Throughout History,” “Zilla Did What?,” “Channel your Inner Bridezilla” and, of course, “Do it for the ‘Gram.”

#BridezillasMuseum did prove popular on the Instagrams via those looping posts like this one and this one, which we can’t properly embed because Facebook really, really hates WordPress. 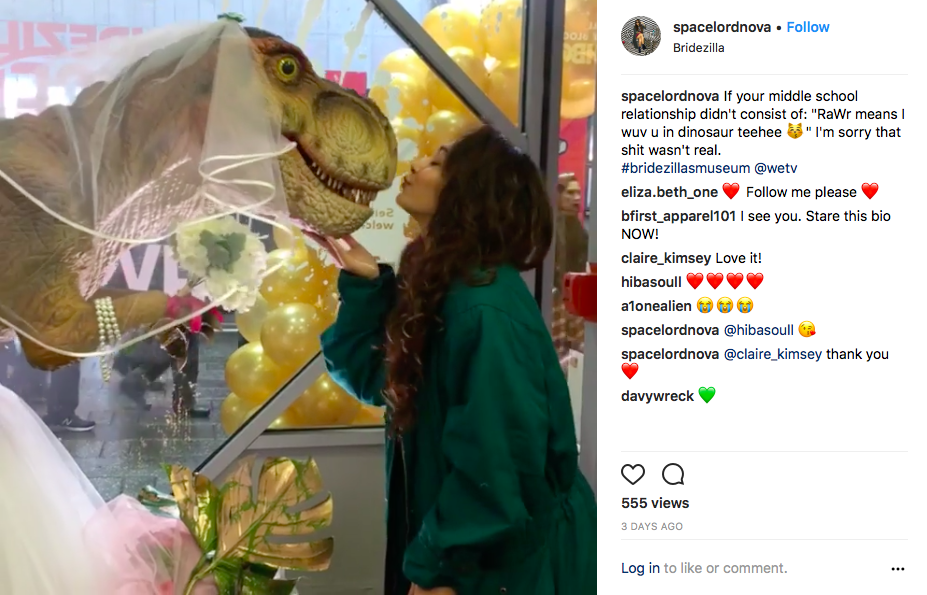 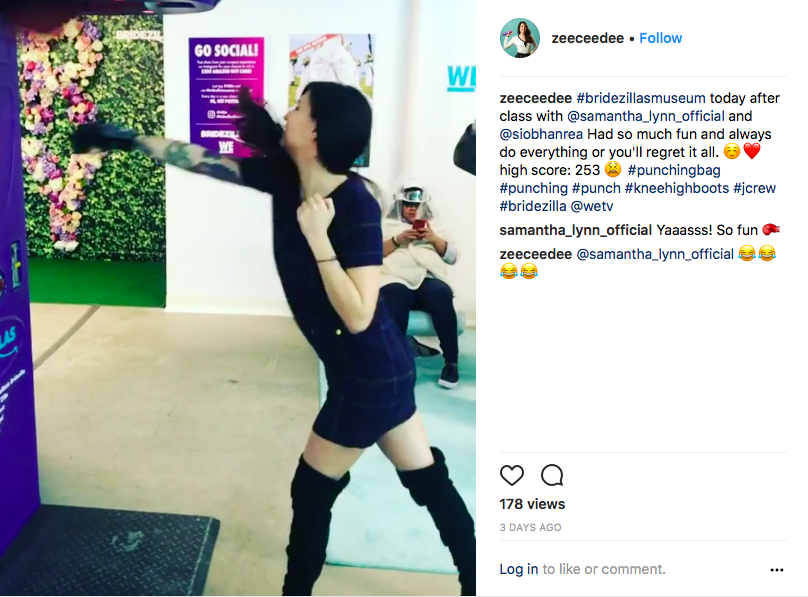 Here’s your statement from WE Tv president Marc Juris:

“In its initial 10-year run, ‘Bridezillas’ was a phenomenon, cementing in popular culture, and Merriam-Webster’s Dictionary, a lexicon for that life milestone that sometimes transforms mild-mannered women into unnaturally obsessive and intolerably demanding brides-to-be. WE tv viewers have been calling for us to bring back the series since we wrapped it up in 2013, and we’re answering their call, not only with new fresh and frantic episodes of their beloved show, but a full scale museum in the crossroads of the world—Times Square.”

In summary, we all get the reality we deserve.

*Yeah, the British came up with it. But do they have a reality star running their country right now?