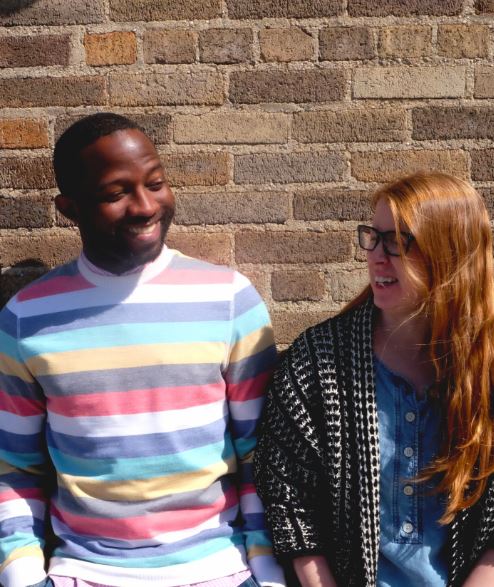 The New York offices of Deutsch have hired Heather English and Marques Gartrell (who are copywriter and art director, respectively) as the newest members of its creative team.

They will both hold the title of VP, creative director and officially begin their new roles on April 10.

“I’m excited to welcome Heather and Marques to Deutsch,” said CCO Dan Kelleher. “The amount of care and craft they bring to everything they do, in addition to being super nice people, makes them a great addition to our team.”

The pair had been freelancing at Deutsch, and moving forward they will work across its client roster while also contributing to new business efforts.

“We’re pumped to rejoin forces with Dan and all the talented people at Deutsch,” said the duo, who know Kelleher via their time at Grey and their work on DirecTV’s “Cable Effects” campaign, which he ran as executive creative director. “Joining this team gives us a unique opportunity to work somewhere that’s both creatively and culturally exciting.”

Both English (portfolio) and Gartrell (portfolio) had most recently worked as freelancers, with the former working on campaigns at Joan and Figliulo & Partners and the latter contributing to Joan’s work on Netflix, General Mills and Booking.com.

English was formerly a CD at 360i, where she worked on the Oscar Meyer Sizzl dating app for bacon lovers along with many other campaigns for such clients as Oreo and Hanes. Gartrell spent nearly two years with BBDO, working across Priceline, AT&T and other accounts.