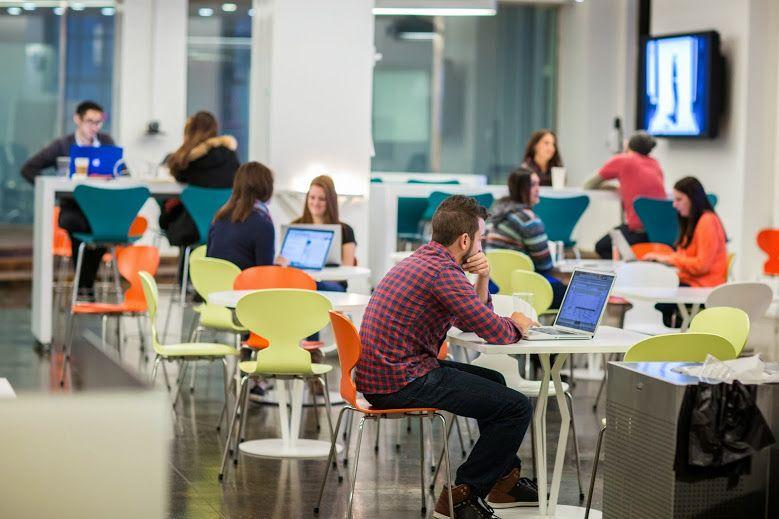 For whatever reason, we’ve seen a lot of internal memos lately. Most are from agency CEOs announcing new business developments or, in one now-famous case, praising team members with some language that may have rubbed others the wrong way.

Group creative director Daniel Bremmer (book here), who is leaving his job at 360i after nearly three years, had a slightly different take.

In a lengthy note announcing that he and his fiance are moving to Iceland, he essentially told other creatives to keep fighting the good fight while also kind of defending agency leaders who are, in their own way, going through the same shit as everyone else.

Here are some segments of the note, subject line “Goodbye, just short of 1080i.”

If I hung around for three more months, it’ll make three years that I’ve been braving the commute from glorious Greenpoint to shitty TriBeCa to hang out with you fine folks. It’s hard to write a goodbye email for this when you’re as bad at expenses and as good at procrastinating as I am, so here’s two of them:

My fiance and I are moving to Reykjavik. I’m going to be running the creative department of a great little agency called Islenska (Islenska.is). It’s Icelandic for “Icelandic,” so finding it on google is super fun. If you find yourself in Reykjavik, and I strongly suggest you do, please don’t hesitate to hit me up. I’ll be happy to share my knowledge of the most geographically concentrated awesomeness this planet has.

(This is for the creatives)

There’s a lot of change going on. A lot of people are leaving, both by their own volition and otherwise. Budgets are smaller, timelines are shorter, briefs are often becoming novels about media units, our network infrastructure is third-world and it’s really fucking hard to do great work when you’re stretched this thin and all the client wanted was a link post. Let’s be real. Morale is about on par with smell of the men’s room on 16 in the afternoon. It’s no wonder we get despondent, say “fuck it” and hit the bar.

All that being true, we’re still lucky to be here. We get to wake up every day in one of the greatest cities in the world. The most underpaid junior here makes about what the average family of four makes. (I’m not comparing cost of living, just trying to cast some perspective). We get to stroll into work way past when we’re technically supposed to. We get to wear jeans and t-shirts, say fuck all we want and tell stories in meetings that would make our mothers wash our mouths out with soap, often to the great amusement of our clients. We get paid to wonder, question, and dream. We’re like theoretical physicists without having an intellectual leg to stand on, and our offices have beer taps on every floor. Imagine telling your teenage self that your job is to take a something and conjure up the coolest, funniest, most surprising, bizarre or beautiful way it could come to life. And then, tell them that if we’re lucky, WE GET PAID TO USE OTHER PEOPLE’S MONEY TO MAKE OUR IDEAS COME TO LIFE.

Read that again, because it’s real. If you need to, print it out and put it up where you can see it on round 4 of the aforementioned link ad.

I think this is what Rob Schwartz was trying to say in his now-infamous work/life balance email. There’s no denying the suck and there’s no excusing the swirl and indecision that often eats up people’s time and energy for nothing. But when you step back and take a look at the whole thing, even with the crappy bits, we’re lucky to be here. (Rob’s a friend of mine, and he’s got a big damn heart, so I really do think that was just inelegant wording in praising an extreme example of giving a shit about a project.)

This job has always sucked and ruled at the same time. All jobs since the beginning of time contain both sucking and ruling, and that will likely continue until the end of time … It’s up to you to contain the suck and maximize the ruling. And the truth is, that’s not as hard as you think. Here’s a few ways that Alex and I have learned to minimize suckage and maximize making rad shit here:

Is your brief four pages of unintelligible double-speak and media specs? Take a stab at a Get/From/To/By and run it by the strategist. Chances are, they are just doing what they thought was right from their perspective or what they heard, and you can help them understand what you need to get a simple, actionable brief that allows you to make good work.

Does the production estimate far exceed the brief for your rad idea? Sit down with the producer. Tell them the part you care about. Ask them how to get that part done for less. You’ll have to give something to get something, but you could just get an awesome thing for your book.

Is the direction not clear from the client? Ask to be on the call. Seriously. As long as you don’t come off as argumentative, asking questions of the client not only gets to the heart of what they are after, but it sometimes expands their thinking to see it from your perspective. They’re humans doing a job too.

So, to summarize, some people have been leaving 360i, among them Bremmer, senior copywriter Marissa Cuconato, HR director Chantelle Mowbray, CD Corel Theuma and, most prominently, chief creative officer Pierre Lipton. You almost certainly already know that Menno Kluin will replace him on July 1.

But really, as Bremmer tells it, the company is just going through the same sort of stuff as every other “brand” in this odd industry.

We have spent only a very limited time in the creative agency world, but as we understand it, the equation is a good bit like media: you work your ass off and often don’t get recognized for the shit you do. It can be difficult and frustrating (especially if leadership seems disconnected or self-interested), and it’s pretty easy to understand why so many just throw up their hands and go into PR, because have you seen the starting salaries for comms directors? Those numbers will crush your soul.

But then, this is the trajectory you chose for yourself, isn’t it? And it’s still a pretty fucking cool way to make what passes for a living.

Or maybe we’re just feeling a little less cynical than usual today … for whatever reason.