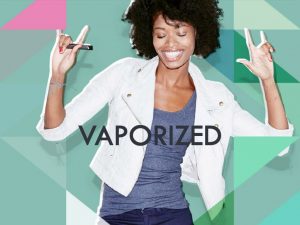 JUUL, the maker of “e-cigarettes” or devices that deliver nicotine via vaporization, hired DDB over the summer after a competitive review, according to multiple parties with knowledge of the matter.

Deutsch previously worked with JUUL in an advisory capacity, assisting with its youth nicotine prevention efforts.

Moving forward, the Omnicom shop will handle all of the San Francisco-based company’s marketing work. According to sources, recently appointed DDB U.S. president Paul Gunning announced the win during an all-staff meeting at the New York office in September. Gunning has, by several accounts, assumed a larger role in the organization in recent months after being promoted over the summer. He is reportedly overseeing the search for DDB New York president and CEO Chris Brown‘s successor and assuming some of his responsibilities in the meantime.

Spokespeople for JUUL and Deutsch declined to comment. DDB has not yet responded to a request for comment on the news. Sources claim the U.S. division led by Gunning will handle the account.

JUUL most recently released a new print, radio and digital campaign in June that focused on “raising awareness and combating underage use” of its products. It is unclear which agency created that campaign.

“While we remain steadfast in our commitment to helping adult smokers who want to switch from combustible cigarettes, we also want to be part of the solution in deterring minors from ever trying JUUL,” said CEO Kevin Burns, previously with Chobani, in the press release. JUUL is a spinoff of PAX Labs, which makes the PAX line of vaporizers designed to be used with loose leaf tobacco or marijuana.

The print component of the summer campaign is below. 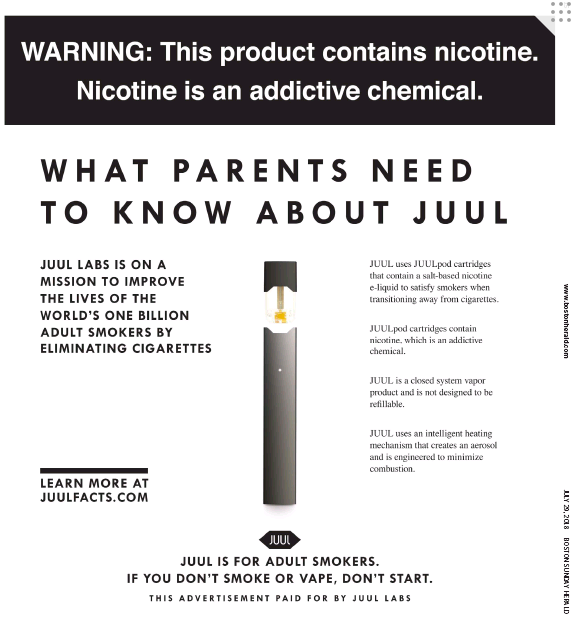 Like all products containing nicotine, e-cigarettes are heavily regulated.

In late September, the FDA conducted a surprise raid of JUUL’s San Francisco headquarters and gathered thousands of documents related to “sales and marketing practices.” According to writeups in The New York Times and elsewhere, the feds are particularly interested to determine whether JUUL targets high schoolers, though CEO Burns insists that this is not the case.

Other reports claim the company has agreed to avoid using “young, attractive female models” in its ads, instead focusing on ex-smokers who have been able to move to e-cigarettes.

The FDA has also released a series of anti-vaping ads like this recent one created by FCB Chicago and directed by Darren Aronofsky.

The size of the account is unclear at this time.