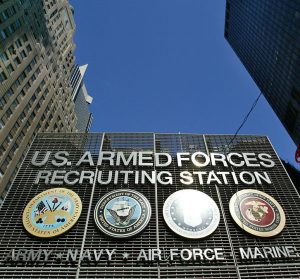 As DDB gradually takes over marketing efforts for the U.S. Army from McCann, it has staffed up in Chicago to man the account.

In some cases, the same individuals who handled the business on both sides of the aisle will continue to do so. One example is Ron Davis, who served as svp and director of U.S. government contracts for the IPG network.

Three parties confirmed that he has been hired to fill the same role at DDB but has not yet begun working at the Omnicom agency.

The four-year legal battle over the Army business ended in January after McCann and then WPP dropped their legal protests against the government’s decision to cut IPG from the review and award the business to Team DDB, respectively. The Army stated that McCann had been cut due to the absence of an unspecified disk from its final pitch presentation, and WPP’s Possible claimed in its own initial filing that DDB won the business on price alone.

In late 2017, Adweek reported that the Army had suspended a senior member of its Marketing and Research Group over allegations of an improper relationship with a McCann account lead. The executive left the Army the following year amid reports of an internal audit that revealed millions in “ineffective” spending on programs related to events, data and recruiting in fiscal year 2016. The Army’s marketing chief, Elizabeth F. Wilson, briefed congressional staff about the audit, and the Trump administration then withheld 50% of the Army’s marketing budget pending a review by Secretary of the Army Dr. Mark T. Esper.

The results of that review are unclear at this time.

Spokespeople for both McCann and DDB declined to comment. Davis did not immediately respond to a message seeking comment.

Davis, who served in the Army and National Guard before retiring and moving into contract management, handled assorted responsibilities for McCann including budgetary negotiations, risk assessment, staffing and training, regulatory compliance, and relations between the agency and other vendors on the Army business. As one source put it, he was responsible for the sign-off on all McCann budgets, and he will assume similar responsibilities for DDB.

Parties familiar with the matter also told AgencySpy that the same individuals who served as primary liaisons between the Army and McCann will continue to do so as the account moves to DDB.

A spokesperson for the Army Marketing and Research Group has not yet responded to a request for comment. According to the initial complaint WPP filed against the government last year, DDB will earn just under $136 million in billings over the entirety of the 10-year contract.

While McCann’s official Army contract ended in March, sources confirmed that an extension granted during the review will last through the Fall and potentially until the end of calendar year 2019.