NEXT:BBDO New York Celebrates the Crazy Things People Do in 'Because Sneakers' for Foot Locker
PREVIOUS:Alex Bogusky Wants to Take On The Rock 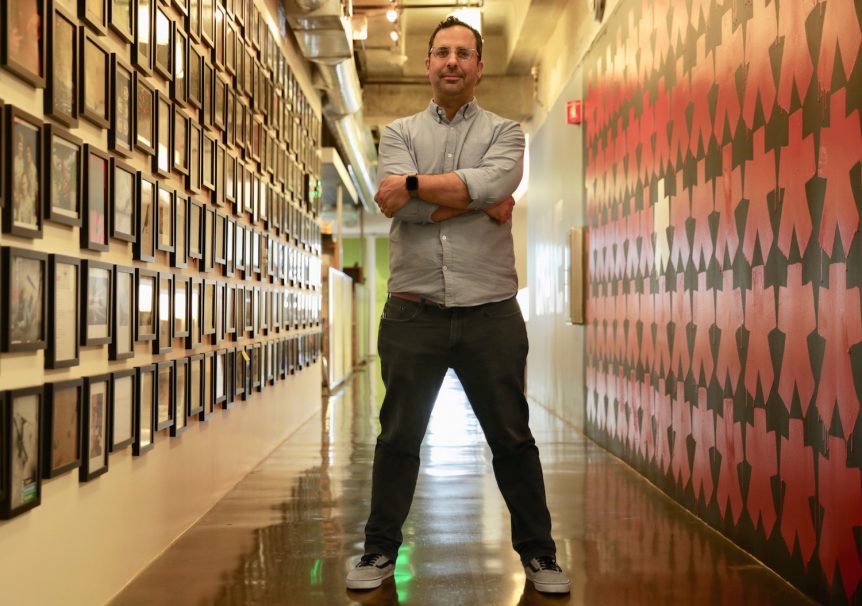 David&Goliath has promoted Peter Bassett to managing director of integrated production and technology from director of digital production, a role he took up when he joined the Los Angeles indie agency in 2016.

In the new role, Bassett will be tasked with integrating D&G’s digital and tech assets with its strategic, creative and production resources. Specifically, he will oversee the formation of what the agency described as its “next-generation, technology-enabled approach and capabilities,” and work with strategy and account leads to unlock digital opportunities “that deliver rich creative experiences in meaningful ways.”

“Our agency is guided by its challenger spirit, and we are constantly seeking ways to enhance the way we work,” Bassett said in a statement. “With technology progressing so rapidly, our departmental structure needed to reflect that pace. Removing the traditional artificial silos and constraints will enable smarter and richer possibilities for our clients and their customers.”

Bassett said the first step in the transition was to hire production leads “who consistently think beyond their medium and push into the realm of what can be imagined.”

As a result, Justine Kleeman and Noah Luger from digital production and Cara Nieto from art production were elevated to executive producers.

“Peter has been making an impact ever since he joined D&G,” president Yumi Prentice, who Bassett will report to, said in a statement. “What we have in him is someone who in equal measures understands and amplifies creativity, has a deep respect for building audience-centric experiences and a remarkable technological savvy around what can be done.”

Since he joined the agency in 2016, Bassett has helped bring complex integrated campaigns to life by injecting tech into creative and operational processes, according to the agency. He oversees a team of developers, technologists, user experience designers and designers.

Prior to joining D&G, Bassett served in various roles at TBWA\Chiat\Day and has also held stints at Ogilvy New York and 180 Amsterdam.