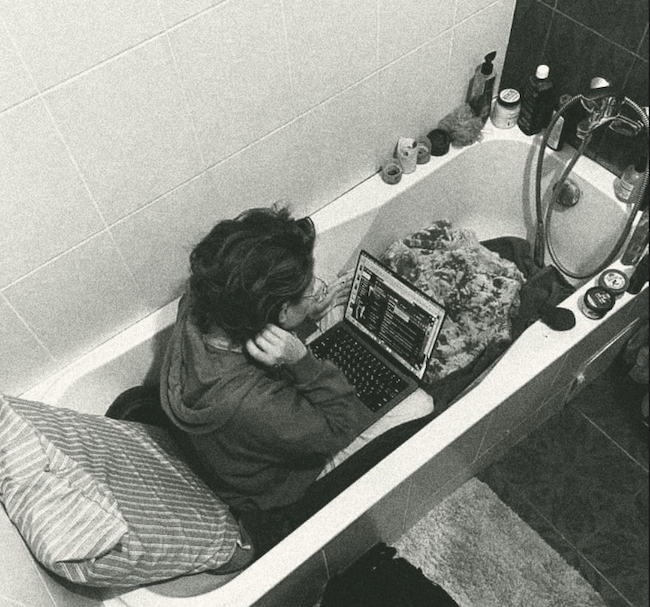 Cincinnati advertising agency Curiosity has launched “Bathtub Creative,” an initiative highlighting the tough conditions Ukrainian creatives work under every day in their war-torn country. The effort hopes to encourage holiday season donations to help support Ukrainians in their daily fight for freedom.

“Bathtub Creative” was developed in partnership with PR Army, a non-profit organization of 400-plus Ukrainian PR leaders—formed within the first hours of Russia’s full-scale invasion of their country—whose goal is to share the truth about the war in Ukraine with the global community of journalists, governments and influential opinion leaders. The initiative sheds light on the working conditions Ukrainians across multiple creative industries, including advertising, tech and PR, endure daily to keep safe and remain productive as air raids and bombings to ravage their cities and homes.

For a majority of those Ukrainians, that workplace is the bathtub.

Curiosity and the PR Army are driving people to the Bathtub Creative website, a “bathtub-based creative agency” website that provides a lens into the harsh reality of war-torn Ukrainian work life. The site, which is being promoted across social media in Europe and the U.S. through LinkedIn and Instagram, is home to real faces and true stories of Ukrainian workers who ideate, create, manage, and execute from the confines of their bathtubs—or other confined, windowless spaces like laundry rooms or closets. Through its narrative, Bathtub Creative encourages people to stand in solidarity and show their support by either purchasing a Ukraine-inspired bar of soap or making a direct monetary donation.

All sales and donations go to the MacPaw Foundation, a Kyiv-based nonprofit organization currently dedicated to helping save the lives of Ukrainian protectors and providing relief to Ukrainian civilians. All donations will help provide necessary hygiene products, including soap, toothpaste, shampoo, deodorant and toilet paper, to Ukrainian soldiers and civilians in need.

To further drive awareness, Curiosity and PR Army are challenging workers throughout the U.S. and Europe to sit in solidarity with Ukraine by working from their bathtubs for one entire workday on December 20. Participants will be asked to post a video or picture capturing their experience to Instagram, using the hashtag #WorkFromTubDay. For every post, “Bathtub Creative” will make a donation to the MacPaw Foundation.

The idea for Bathtub Creative rose from a chance meeting between Ashley Walters, partner and chief development officer at Curiosity, and Julia Petryk, co-founder of PR Army and head of PR for MacPaw, at this year’s Cannes Lions Festival. Petryk spoke about the necessity of keeping busy with work to mentally escape the struggles of daily life during the Russian invasion, and how she, like so many others across so many industries in Ukraine, are forced to work from the safety of their bathrooms during active and constant attacks.

When Curiosity came up with the idea to launch Bathtub Creative as a holiday-driven initiative, they spent the next two months partnering with the PR Army crew—through blackouts, air raids, droughts and tears—to make it a reality. 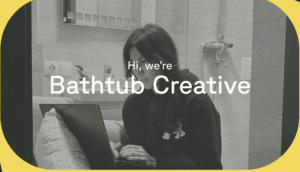 “The Russian invasion to Ukraine turned my life in Kyiv from the one I liked a lot (with a beloved job, family gatherings, friends, books and travels) into completely new reality: with bomb shelters, volunteering, constant fear for my family and friends, war news and work from a bathroom during air raid sirens,” said Petryk in a statement.

She continued to state that Ukrainians are showing amazing resiliance while living, working and studying during wartime because they know that the freedom of their people is worth the sacrifices.

“I appreciate this opportunity to join forces with an extremely talented team from Curiosity and Ukrainian PR Army to gather funds for MacPaw Foundation and help more people suffering from war in Ukraine,” said Petryk.

Walters said that Bathtub Creative is the agency and MacPaw’s way of reigniting the conversation about the war and the people living through it.

“They are people just like us—art directors, copywriters and account managers working from the safest place they can find—usually the bathroom,” said Walters.