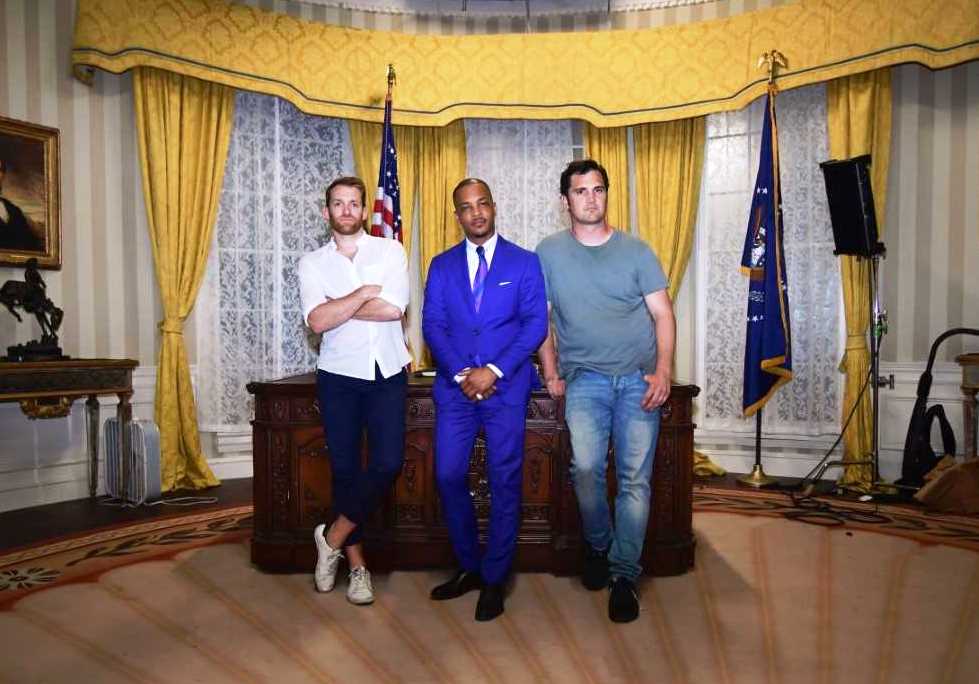 Rapper T.I. created a bit of a stir on Saturday with a very peculiar promotion for his tenth album, Dime Trap.

In a tweet that read “Dear 45, I ain’t Kanye,” he shared a video of what would appear to be himself and an actress impersonating first lady Melania Trump in the oval office, with the latter engaging in a strip tease while wearing the now-famous jacket that read “I really don’t care do u?”

The stunt seemed to have its intended result, with the First Lady’s spokesperson calling it “disgusting” and tweeting that others should boycott the artist. And it got plenty of media coverage as yet another cause for predictably partisan outrage.

We mention it because there’s an advertising element to this latest in an endless slew of political moments.

The creative team behind the project consists of freelancers Micky Coyne and Pete Harvey, who was most recently partner and ECD at barrettSF. And it would seem that T.I. quite literally found them via an old fashioned Google search.

“Pete and I joined up as a freelance team in January” after working together at GS&P about 7 years ago, Coyne told us, noting that the two have since worked on projects for brands like Hyperloop, Apple and GoPro. In April, T.I. reached out to Coyne after seeing the 2016 TBWA\Chiat\Day work promoting the Grammys that starred fellow rapper Kendrick Lamar.

“He was familiar with it and was looking for help launching his tenth album,” Coyne said. “They told me I was the only guy they interviewed because I was CD on all the Grammy stuff” including the Grammycam and the Super Bowl mashup in addition to the Kendrick work.

After a phone interview and the release of Kanye/T.I. fight track “Ye vs. the People,” Coyne got an unexpected call asking him to fly to Las Vegas to meet the rapper in person.

“So they fly us into their hotel at midnight, where all his buddies are getting haircuts and playing the new album,” Coyne said. T.I. then left to perform at 2 A.M. and Coyne was left waiting for him backstage for a more formal interview about the possibility of working together. The CD initially thought he “flubbed it,” but that was obviously not the case.

Since then, the duo has met with T.I. more than ten times to talk creative strategy. They also helped film the music videos for “Wraith” and “Jefe” from the album.

Coyne discussed a later trip to Dallas, where T.I. was performing.

“It was 3 in the morning, his whole team was asleep on the couch, and he says, ‘OK Mick, you’re up,'” Coyne said. “So I present the PowerPoint and strategy slides. He was excited and getting into it.”

At that time, the three agreed on album cover art in addition to a website and the concept for the Melania video, and Coyne flew back to L.A. at 7 A.M. after negotiating a contract with T.I. Since then, they have been “working really tightly together,” he told us.

Coyne said that T.I. surprisingly didn’t want this album to be political. But he did acknowledge that it was a little unusual to work with such a client, stating that “he comes from a very different social and economic background than me.”

The rapper doesn’t expect everyone to agree with this stunt’s political slant or the nature of its message.

Coyne said his team worked on the assumption that the correlation between T.I. fans and Trump supporters was mostly likely zero, adding that the official statement urging a boycott “didn’t feel like it was going to exactly hurt album sales.”