NEXT:BBDO New York Head of Retail Jim Reath Moves to Macy's as SVP of Marketing
PREVIOUS:VITRO and Toyo Tires Think You Should Treat Your Car Like a Supermodel. Or a Steak. 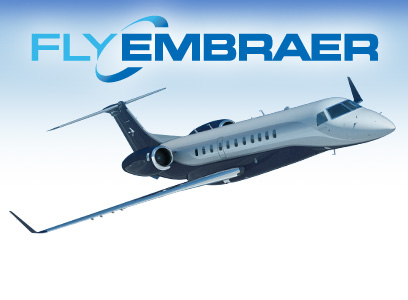 Have you ever heard of Embraer?

That’s OK, we hadn’t either. But CP+B just won the global business of what the press release calls “the world’s third-largest aircraft manufacturer.” The Travel Observers blog placed it fourth on that list more than a year ago, but we’re not quibbling.

Anyway, the Brazilian company picked CP+B as its new global AOR after a big review. The MDC Partners network’s Miami and São Paulo offices will handle the business across broadcast, social, and media buying/planning.

This makes sense because, in case you missed it, the Miami location is now under the purview of CP+B Brazil by way of CEO Vinicius Reis and CCOs Marcos Medeiros and Andre Kassu.

In his statement, Reis explained why this new partnership makes sense:

“As we cultivate this new creative corridor, what better partner than Embraer, a massive global brand based in Sao Paulo with a large footprint in Florida, and aspirations to raise its profile in the US as well as around the world.”

“Nearly 50 years after our first flight, Embraer is driven more than ever by our dreams and passion. So, we could never partner with an agency other than CP+B,” added the client’s head of global marketing and branding Allan Macintyre. “Like us, CP+B has this unshakable belief that there is always a better solution.”

The size of the account is unclear, as is the review lineup. But it’s not quite true that Embraer could never partner with another agency: the company has recently worked with Mintz+Hoke of Avon, Connecticut.

The company’s most recently featured video is less an ad than a product demo.