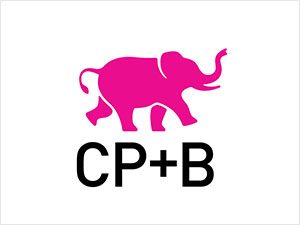 CP+B is consolidating its U.S. operations in Boulder with the closing of its Los Angeles office. The location was open for 17 years.

CP+B Los Angeles managing director Ryan Skubic and executive creative director Tom Adams will relocate to the agency’s Boulder headquarters, taking its Los Angeles accounts with them. (PayPal, which had been one of its biggest clients, recently moved to a project-based relationship.)

“CP+B LA began as a production outpost but after my departure slowly morphed into a full-service office,” CP+B founder and chief creative engineer Alex Bogusky, who returned to the agency in August after eight years away from advertising, said in a statement. “With our production capabilities through Ming LA (formerly CP+B Plus Productions) the office is redundant and distracting from our ambition to offer the absolute highest-quality creative product.”

The move follows the November 2017 closing of CP+B Miami, an office which launched in 1988 and served as the agency’s headquarters until the opening of its Boulder office in 2006.

It also follows a round of downsizing at CP+B L.A. in July and a series of layoffs earlier in the year as part of a 3 percent staff reduction that impacted both the agency’s Los Angeles and Boulder offices as part of its restructuring strategy. Last November, the Los Angeles agency moved to a smaller office in the same building, after Infiniti sent its global account to 72andSunny and the agency parted with 5 percent of its staff.

Infiniti later split with 72andSunny as well, though it continues to work with CP+B.