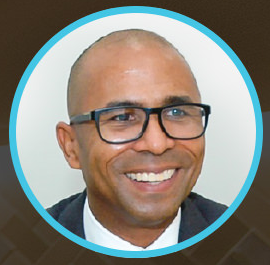 Today packaged goods giant Conagra announced that it had hired DeLu Jackson, a longtime marketer who pivoted from the agency side to lead departments for several prominent companies including McDonald’s, to be its new VP of precision marketing.

Jackson reports directly to chief growth officer Darren Serrao, himself a veteran of the Campbell Soup company. The boss’s statement:

“DeLu has achieved incredible results as an integrated marketing leader and he will play a vital role in transforming our marketing function so that our brands are reaching consumers in the ways their connectivity and lifestyles dictate. As we focus on growing our brands and business, DeLu will help accelerate our progress by partnering with our teams involved with insights, innovation and marketing strategies to create breakthrough programs.”

According to the release, Jackson will focus on data intelligence and measurement as well as “always-on content” in an equation that sounds a lot like that of Ominicom’s nearby McDonald’s agency, We Are Unlimited.

The news comes just seven months after he joined another Chicago-based business, Kellogg, as VP of digital—the same title he held at McDonald’s for just under two years. It also follows Conagra’s mov from Omaha to the Windy City and arrives several months after the company brought its advertising business along, consolidating work on many of its biggest brands with DDB Chicago in the process.

It’s unclear whether the new hire may affect or precede changes in either organization’s agency roster. Conagra did not schedule a review related to the cross-country move and, while Kellogg sent Special K to Leo Burnett in January, the cereal maker’s most notable recent advertising stories concern its decision to stop buying placements on Breibart. Late last year, that site ran a related #DumpKelloggs campaign.