NEXT:Team One Went Through a Round of Layoffs This Month
PREVIOUS:Thursday Morning Stir 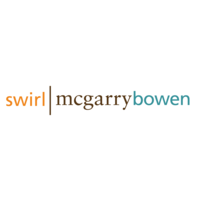 Dentsu Aegis Network’s swirl mcgarrybowen, as the agency has been known since mcgarrybowen acquired San Francisco digital agency Swirl in December of 2017, has recently parted ways with some executive leadership.

“As Adweek reported last week, there is a new leadership team at swirl mcgarrybowen San Francisco, working to ensure we have the right talent bench and mix to meet client needs. Our new president, Ryan Lindholm, brings an impressive track record of building brands through innovation from inside companies like Nike as well as on the agency side, including AKQA, Razorfish, and JWT. Mike Wente recently joined from VML as our first CCO to elevate the creative product. And we also promoted swirl’s Kate Walters to Chief Strategy Officer,” an agency representative said in a statement.

“This leadership team is focused on the future and in fact, actively recruiting for many open positions. That said, there have been some leadership departures. Greg Johnson, our Chief Innovation Officer, is leaving the Bay area for a startup opportunity in L.A.; former swirl Co-CEO, Head of Content Tom Sebastian took a network position last year at Dentsu to lead Story Lab in the U.S.”

A source close to the matter attributed personnel shifts to the type of disruption expected with any acquisition, along with leadership changes following the acquisition and cultural changes at the agency as it continues to evolve. The source also noted that Swirl and mcgarrybowen also shared legacy clients, including Clorox and Microsoft.