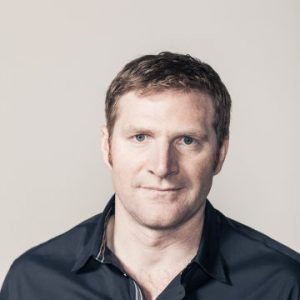 This weekend, Deutsch confirmed that Winston Binch, who spent just under 8 years with the IPG network in both L.A. and New York, stepped down from the company one month ago.

“After almost 8 amazing years at Deutsch, it was time for something new,” Binch told us. “I’m currently working on an exciting venture and will announce something soon. Digital at Deutsch is in terrific hands with Pam Scheideler leading in L.A. and Dan Murphy at the helm in N.Y.”

Murphy, who joined the agency from Google, was promoted last month following Binch’s departure. Schiedeler has been CDO in Los Angeles since 2016, with IV Tench named evp, director of digital production around the same time Murphy got the nod.

“Winston has a real startup, get it done mentality,” said the agency representative. “He was instrumental in building out our digital offering in LA, creating breakthrough work for clients including Volkswagen and Taco Bell. His tenure at Deutsch, including the last three years as North American chief digital officer, will be defined by his passion for solving business challenges through creativity. We’re thankful for all he’s done.”

Binch declined to elaborate on future plans at this time.

According to his LinkedIn profile, he is currently serving as an advisor to Boulder, Colo.-based agency Inkwell Media and Brooklyn’s MSCHF, which “makes brands go viral online.”

One recent project from the latter company was Anthem, an app designed to help Colin Kaepernick supporters vote in the 2018 election by using “machine learning to detect the stance of kneeling and play the national anthem” before providing information about a given voter’s local polling station.