NEXT:Michael Bay Liked This Transformers Maaco Tie-In Spot So Much, He Directed It Himself
PREVIOUS:mono's First Work for Loews Encourages Curious Travelers to Live IRL 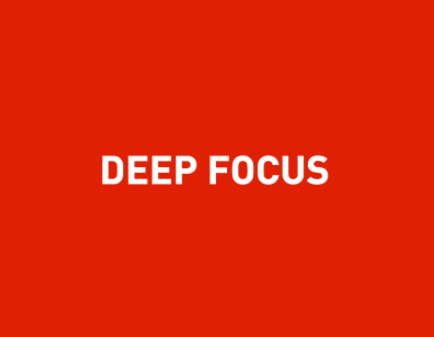 The New York headquarters of Engine-owned network Deep Focus is in the middle of a top-level restructuring that so far involves the departure of three key leaders.

We’re told these moves are unrelated and that their timing is coincidental.

According to CEO Ian Schafer, Reid and Deep Focus mutually agreed to part ways, while O’Neill left the organization for unspecified personal reasons and Lum will transition to a potentially similar role with ORC International, a market research firm that became part of Engine when its parent company Lake Capital (which also owned prod co Trailer Park) bought the company in 2014 and created Engine Group as part of a plan to launch its own holding company.

ORC has not responded to requests for comment on Lum’s move.

Reid joined the agency exactly eight months ago to work across its client roster and report directly to Schafer. The onetime McCann executive, who had spent about six years at Wunderman, filled a role that sat empty for almost a years after Deep Focus spun off its Moment Studio unit with former CCO/head of product Ken Kraemer serving as CEO.

The reasons for his departure, and his future plans, are unclear at this time.

O’Neill was an SVP, group account director at Y&R New York before moving to Deep Focus in 2014. Lum previously worked in several planning roles at agencies like BBDO and GS&P before joining Olson, where he led strategy and later became SVP, group strategy officer at ICF International when that company acquired the network in 2014.

As noted, Schafer said the departures were not directly related. He did refer to some announcements to come but declined to go into greater detail.