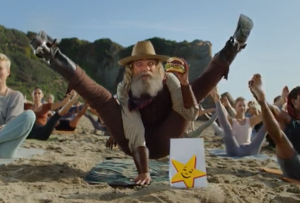 Carl’s Jr. has California on its mind as Arnold has been eliminated from the pack, according to multiple parties who spoke to us. Remember that the Havas agency will still be AOR for sister brand Hardee’s as the two split and that its parent company had been running the entirety of parent company CKE’s creative work.

Arnold was not the only member of the 5-agency crowd to get the axe. M/H VCCP, formerly known as Muh-tay-zik Hof-fer, is also reportedly no longer involved, nor is Camp + King, which dropped out due to a potential conflict with client Del Taco—again, according to sources close to the business.

By process of elimination, that leaves two: Argonaut and The Community San Francisco.

Our sources said the client expressed a specific interest in hiring a California-based agency, which would explain why 4 of the 5 finalists are based in San Francisco. The reason for that is not clear; CKE moved its corporate headquarters to Nashville in 2016 but retains a major office in Anaheim, which is close to L.A. but quite a ways from the Bay.

A CKE representative confirmed today that the selection process had been extended, though the company has not made an official decision regarding finalists. One person with knowledge of the review said the two agencies mentioned above were recently asked to pitch a new creative concept promoting an unspecified item that has either just been released or will soon find its way to the Carl’s Jr. menu.

The biggest recent change to that menu concerned the vegetarian Beyond Famous Star® with cheese, a collaboration with Beyond Meat. As you can see from the February spot below, Carl’s Jr’s new messaging focuses on quality ingredients.

Another recent effort is all about an even wilder idea: Froot Loops-flavored mini-donuts.

Spokespeople for all five agencies either declined to comment or haven’t responded to our emails.

Publicis-owned The Community opened its San Francisco office late last year, and Argonaut went through a significant leadership shakeup earlier this month.  We’re told the latter shop has been beefing up on freelancers to pitch a certain fast food client…

*We promise never to use that joke again.