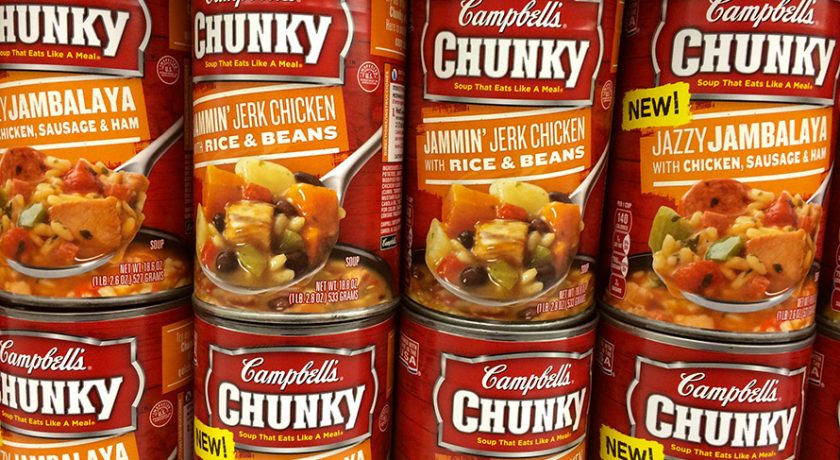 The Campbell Soup company has shifted creative responsibilities for its Chunky brand from Y&R to BBDO without a review. The former shop had handled the account for just over 20 years.

Sports Business Daily first broke the news this morning, noting that Campbell had “quietly moved” the business. BBDO deferred to the client for comment.

“BBDO has been a valuable agency partner to Campbell for many years and has done great work with the Campbell’s ‘Made for Real Real Life’ campaign and the launch of our new brand, Well Yes!,” a client spokesperson said. “We recently made the decision to transition the Campbell’s Chunky soup business to BBDO to create breakthrough work that resonates with our consumer, leverages the equity of the NFL and inspires fearless creative thinking.”

The Campbell representative also praised Y&R’s “excellent work,” noting that the client will continue to work with them “in other parts of the business” like cookies and crackers brand Pepperidge Farm and adding, “We want to thank them for their longstanding support and contribution to our Chunky business for many years.”

“Campbell’s has made a strategic marketing decision to bring all their soup brands together and BBDO will be overseeing all aspects of their future initiatives,” wrote a Y&R spokesperson. “Y&R created a unique, meaningful and enduring position for the Chunky brand, beginning in 1996 with ‘The soup that fills you up right.’ That campaign was articulated through a powerful NFL partnership and included both actors and real-life moms of NFL players which resulted in tripling the size of their business. Our most recent campaign “Everyman All-Star League” also helped drive double-digit growth for the brand.”

The statement continued, “We are proud of everything we have done with Chunky’s over the years and wish Campbell’s continued success with their all their soup brands. We look forward to continuing to work with Campbell’s Pepperidge Farm brand to further grow their global baked snacks business.”

Campbell is one of BBDO’s legacy clients as the agency has worked with the company in some form since the early 20th century, developing its iconic “M’m! M’m! Good” tagline.

Y&R picked up Chunky in a “suprise” 1996 move; the account had been with now-defunct Backer Spielvogel Bates or BSB. The larger Campbell company has made some other changes to its agency lineup in recent years, most notably sending prepared foods brands Prego, SpaghettiOs, Pace and Ready Meals to Anomaly in early 2016 (there had been no incumbent on these accounts).

The spending totals for Chunky are significantly lower now than when Y&R won the business more than 20 years ago. At the time, AdAge estimates put the brand’s yearly budget at approximately $20 million. Now, Kantar Media’s latest numbers have Chunky spending just under $7 million on measured media in 2015 and $8.3 million in 2016.