IPG’s Campbell Ewald has unveiled its new executive creative leadership team under chief creative officer Jo Shoesmith, who has been in that role since 2016. 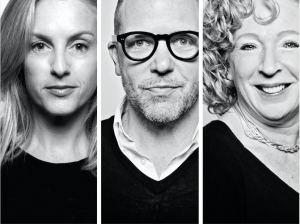 David Bierman, promoted to ecd in Detroit from group creative director, has been with Campbell Ewald since 2005 and previously spent a decade at Doner. Bierman will work alongside fellow Detroit ecd Laura Rogers on accounts such as Chevrolet New Roads Magazine, OnStar, Valero, Mutual of Omaha, Travelocity and Carfax. A fun fact about Bierman is that he also was the former singer/songwriter and guitarist of the quasi well-known rock band Junk Monkeys. 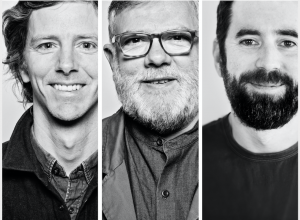 Jason Tisser has been promoted from group creative director to ecd in L.A. He will lead accounts including Kaiser Permanente, Union Bank, Covered California and Shamrock Foods. Tisser joined Campbell Ewald last year and previously spent time at 72andSunny, Doner, Leo Burnett and Havas, among others, working with clients in the food and beverage space.

“As CCO, I’m excited about this team as I’ve worked with them in a number of capacities across my own career,” Shoesmith said in a statement. “Their combined skills expand our perspectives across cultures, diversify the work and challenge our talent in new directions. Their incredible creative story-telling skills are key to successfully solving complex business problems—something we’ve done for more than 100 years, though not me personally.”