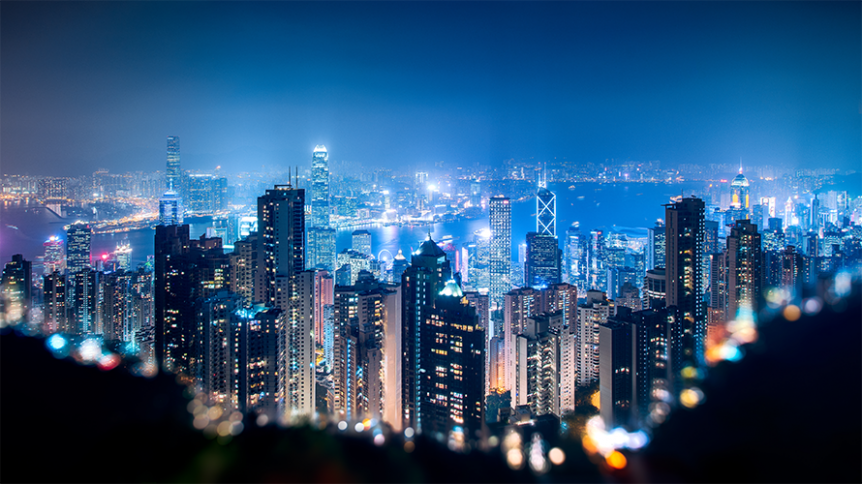 Madwell, the “Tiny Little Giant Agency” (their words, not ours) based in Brooklyn has opened shop in Hong Kong. This is more of an “official” unveiling as the initial operation in the country was established earlier this year to serve client Danone and it’s Early Life Nutrition (ELN) line in Hong Kong and South China markets. The new outpost is the third office for the agency joining the Brooklyn mothership and Denver.

It’s a nice win for Madwell as the assignment consolidates three Danone brands, Cow & Gate, Aptamil and Nutricia, which were previously spread across other agencies. The plan as of now is to build a staff of 30.

Best known in these parts as an agency for Verizon Visible and The TCS New York Marathon, Madwell chief creative officer Chris Sojka said that “entering the region has been on our radar for some time” due to its client roster’s interest in the APAC market.

Past the nuts and bolts of the new office, AgencySpy posed a few questions to Sojka.

AgencySpy: What excites you most about opening the Hong Kong office outside of the relationship with Danone?
Sojka: I’m a New Yorker, and a proud one at that. But I think that Hong Kong may better deserve the title of The City That Never Sleeps. It’s unlike any city on earth. It has evolved a quintessentially unique identity amalgamating native culture with British, Chinese, and international influences. The result [of this] is a place fueled by tradition yet continually changing. As a conduit between the East and West, it seems to work on a 24-hour time cycle. And that energy is intoxicating. It’s (almost) enough to erase jetlag.

Plus, it may have the highest density of delicious restaurants in the world.

What are the biggest challenges you think you’ll face and how will you address them?
It’s crucial that we maintain the Madwell ethos while building something truly integrated into the culture. The last thing we want to do is try to imprint our ways of working from the U.S. on our team in Hong Kong wholesale. It would be awfully presumptuous. We’re hoping to plant a seed, and nourish it with local talent, customs, and thinking, to create an office that is naturally rooted where it is. So instead of translating how we do things from one part of the world to another, the focus is going to be on transcreating our philosophy and methodology into something at once familiar and new.

Creatively, what do you think the most significant difference will be between this region and the U.S.?
Hong Kong advertising has a tendency to be more direct and rationally powered than in the U.S. And I don’t mean less creative, interesting, or sticky—I just mean more centrally structured around communicating product benefits. This isn’t a fluke; it’s ingrained in the culture and, to a certain extent, the nature of the language. Our focus will be on finding the emotional and societal threads that can deepen our marketing messages, making sure we’re building on a broader foundation beyond a core set of product benefits, and doing so with a really diverse mixture of mediums—less reliant on television or large scale OOH to do all the heavy lifting.

How do you think the Hong Kong office will evolve and grow? What’s the plan and strategy?
Within the Danone team, we’ve found kindred spirits—partners interested in changing how they work by bringing strategy, creative, and media closer together. We hope to build out the office organically, finding more kindred spirits open to reimagining how they communicate and use marketing to solve business challenges, be it local companies or internationals hoping to strengthen their regional presence.

But mostly we want to have fun and make good work with clients who do too. Our business is the literal art of commerce, and if we’re not having fun doing it, we should have opened a bank. Though I think Hong Kong has enough of those.