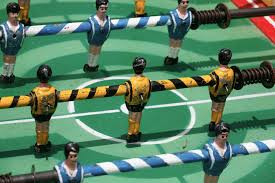 Remember that study by Robert Half and Happiness Works that found that creatives were happier than those in other profession?

According to the report, creatives in the U.S. and Canada “reported the highest levels of on-the-job satisfaction and interest in their work, compared to employees in the accounting and finance, administrative, legal, and technology fields.”

Well, if you didn’t believe that, Medium has some anecdotal evidence to back you up via the personal account of an initially optimistic employee who quickly sours on the advertising industry. It’s told in the second person and attributed to a “Sweet Georgia Pancakes.”

Upon starting work at an agency, the bright-eyed newbie is impressed by the foosball table, free snacks and beer. What’s a young agency upstart to do upon finding work amongst such “intimidatingly cool people” but stay up all night bingeing Mad Men?

But the optimism quickly fades and gives way to panic attacks and graying hair. Within six months, the jaded employee is rolling their eyes while giving a new junior account executive a tour of the office and the initially enticing free snacks and foosball now seem just a “piece of cheese on a mouse trap.”

After a jump to a small boutique agency and a lot of boredom, a career as a dental assistant seems pretty enticing.

Somehow, we’re guessing a few of our readers can relate to this story. But hey, at least it’s Friday.