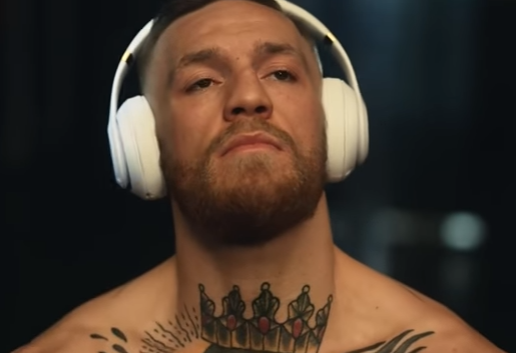 So you may have heard that there’s a boxing match happening this weekend.

There’s also a long-form ad for Beats by Dre that dropped yesterday to coincide with that fight. It stars Conor McGregor, owner of one of the most Irish names possible.

The MMA star announced his Beats contract back in May, making him one of the brand’s main “ambassadors” along with Drake and Bono, who really can’t get enough of this Jimmy Iovine guy.

The ad is a little mini-bio of sorts, and it may be most notable for featuring what sounds like a choir of Irish boys singing the Biggie classic “Juicy.”

The part where he’s almost squaring up to fight himself was kinda cool.

This ad was made in-house, and it’s somewhat similar in style to other brand spots starring athletes and pop stars like LeBron, Sabrina and Pharrell.